Will We Hold It Wednesday – Weak Bounce Edition 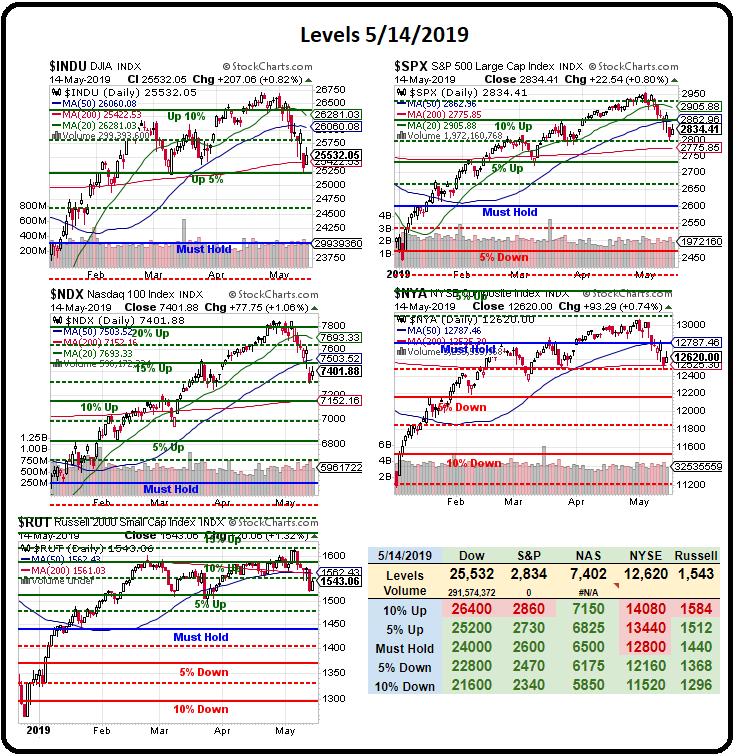 This is not pretty.

We're down in the Futures and pretty much back where we were at Monday's close – a bit higher but, more importantly, failing our weak bounce lines 2 days after the drop and that's generally a sign that we're consolidating for a move lower – not recovering.

Since the 50 dma moves 4x faster than the 200 dma, all it will take is a single down day on the Russell to trigger this extremely bearish technical indicator and that will then trigger selling programs that will affect all the indexes so hedging with the Russell (which we do) is a pretty good idea at the moment – especially as it was down at 1,266 in December and that's 272 points (17.6%) down from here and that would pay $13,600 per contract on the /RTY Futures OR, you could play  the Ultra-Short Russell ETF (TZA) like we are in our Short-Term Portfolio with the following spread:

That's just one of our hedges, of course, our SQQQ hedge is much bigger and we also have a fun spread on (TNA), which is the ultra-long Russell ETF – but we're shorting that with a put spread as TNA would lose 51% on the same 17% drop in the Russell.  That one looks like this:

That's one of the advantages to always having those long-term hedges working for you.  We ended up rolling out to 2021 because the market went relentlessly up so we kept moving the goal-posts on our hedges but, now that we have that back-stop, we can begin generating cash by leveraging our long position – using our insurance to recoup some of the money we've put into it.  Every good portfolio manager knows how to navigate these hedging strategies and you should want to learn to be a good manager of your own portfolio!

I'd like to think a Trump tweet will save us but Trump is like the boy who cried "wolf" a few too many times and even the idiot dip-buyers are finally realizing the President is totally full of crap.  The next awkward realization will be that the Fed is kind of powerless now as rates are already insanely low and they already have a $4.5Tn balance sheet so they simply can't do the things they used to do to prop up the markets.  Without the Fed backstop – we are in DEEP TROUBLE!

Retail Sales came in a bit disappointing this morning, down 0.2% vs up 0.2% expected by leading economorons and there was no way to spin it as it was weak across all 4 measurements (ex-auto, ex-gasoline, control group).  Usually they can find one of those sets to point to as "encouraging" but not in April – and that was BEFORE Trump raised tariffs that cause US Consumers to pay more money for the same items, which is a pure economic drain on their disposable income.

Trump is also threatening to put tariffs (he loves tariffs) on European cars as of Friday and that will send the EU markets into a tailspin and, of course, bring about retaliation against our own auto sector – so we have that to worry about over the weekend.  This morning, the IEA cut their Demand Outlook but tempered their view by saying the potential for supply disruption could quickly outweigh the decrease in demand.  We're still long on gasoline (/RB) and we'll see the EIA Inventory Report at 10:30 but API showed a massive 8.6Mb build in Oil (/CL) last night with Gasoline up 600,000 and Distillates up 2.2Mb – a very ugly report if EIA confirms it.

We will go over the oil report as well as our hedges in our 1pm (EST) Live Trading Webinar – so come join us there! 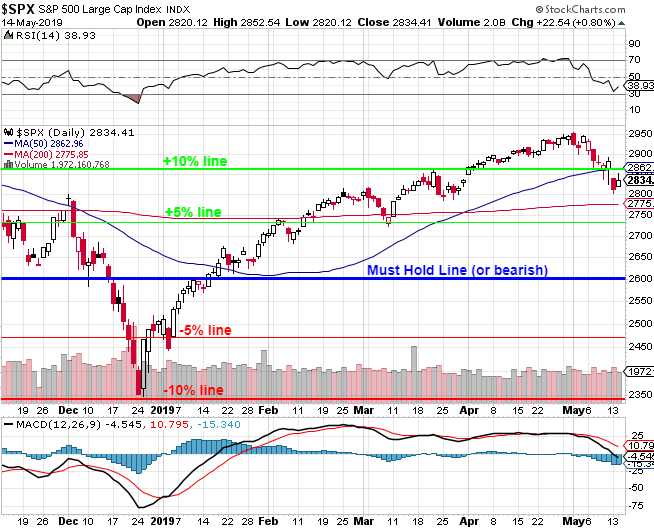 Meanwhile, we're going to keep an eye on our bounce lines and see which way things go but, at the moment, it's not looking good as only the Dow is above the -5% line and, if the Dow fails 25,200 – we can expect ALL of the indexes to move towards a 10% correction by next week and that's another 1,260-point drop in the Dow – very, very ugly!

LQMT – Has the singular distinction of sporting a net profit margin of -700%.