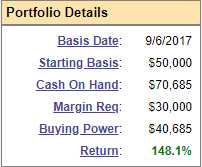 Since there's a lot of uncertainty going into Q4 and it has been just about 2 years – I think this is a good time to cash out this portfolio and we will begin a new portfolio with a new $50,000 around Thanksgiving – beginning with our still-undecided Stock of the Year.

As value investors, we don't fear going to cash because there's always a bargain to be had somewhere in the market.  L Brands (LB) is still cheap, the Alternative Harvest ETF (MJ) is still cheap and we just added Teucrium Sugar (CANE) as a Top Trade Alert over at PSW and I would have been adding that here ($6.45) to this portfolio if we weren't shutting it down but it's just an example – we can always find better ways to deploy cash – and we will! 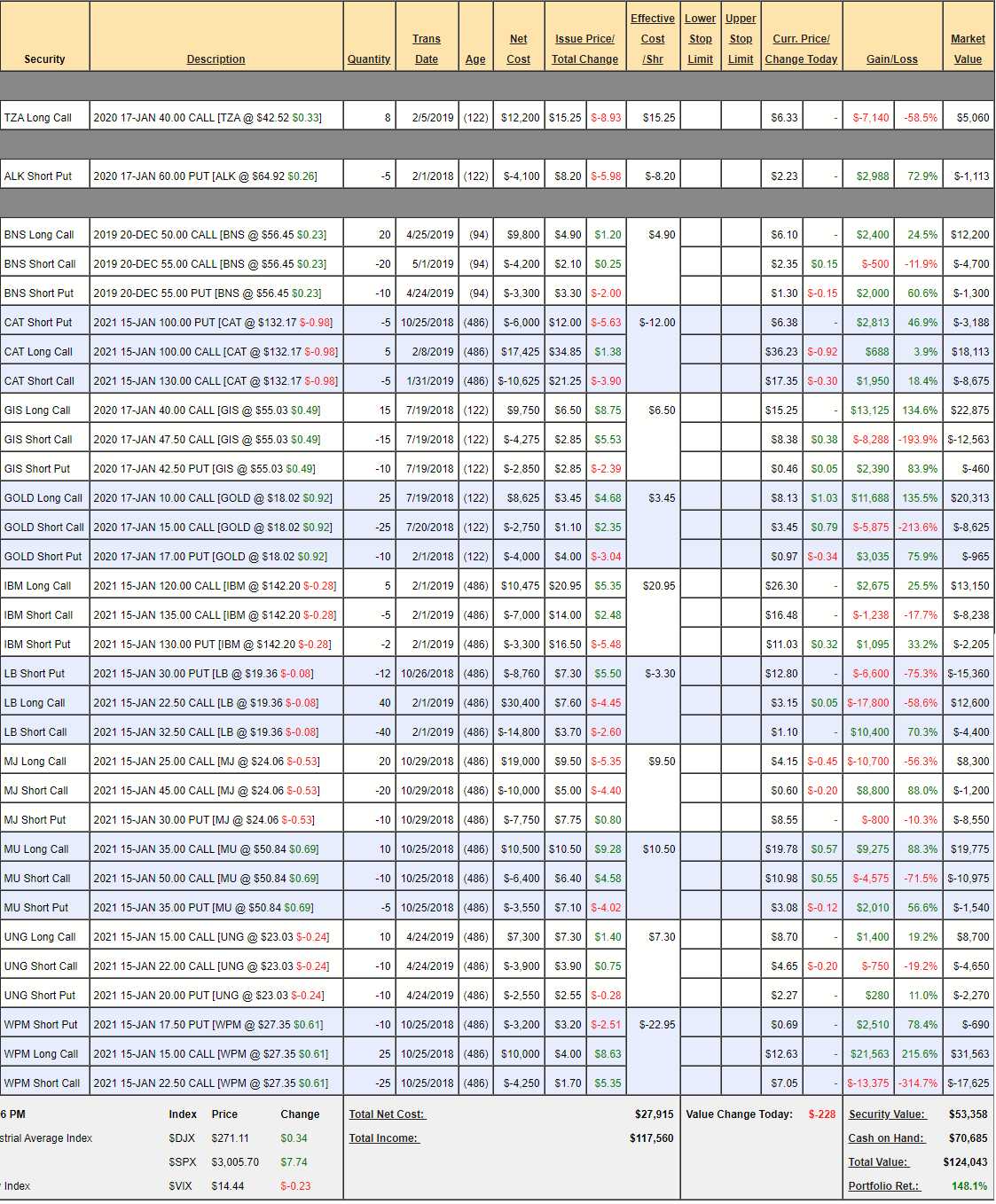 Just some quick notes as we say goodbye to the positions:

So we are officially shutting down the portfolio but there's 4 trade ideas I still like if you feel like you don't want to be ALL cash going into the holidays.  We'd be looking for the Fed not to disappoint and then we'd be looking for real progress on the China deal by the end of October – otherwise I'd be pulling the plug regardless.

Trying to follow your lead and tighten things up in my humble portfolio.

Have bought back some puts that had done well.

Thinking to sell some calls in my AAPL setup, mainly to cover the long Jan21 $140cs:

Thinking to sell say Jan21 $240s while the premium is relatively good still?