What kind of Brexit will Britain now ‘get done’ after Boris Johnson’s thumping election win?

What kind of Brexit will Britain now ‘get done’ after Boris Johnson’s thumping election win? 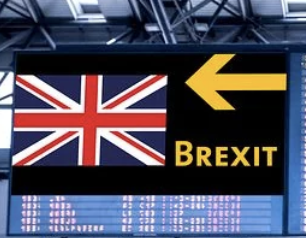 The Conservatives’ victory in the UK general election is at once a decisive moment of clarity and a harbinger of uncertainty. Prime Minister Boris Johnson called the election with a pledge to “get Brexit done”, and with his newly-won parliamentary majority, he is now in a position to do just that.

The shape of Brexit has already been defined by the withdrawal agreement Johnson negotiated with the EU in October. It entails the UK leaving the customs union and the single market, with plans for a free-trade agreement later. As Johnson repeatedly said during the election campaign, his deal is “oven-ready”, requiring no further negotiation, and just needs parliament to pass it. Barring any last-minute mishaps, the UK will leave the EU on January 31 2020.

But that is where the certainty ends. The government’s principal election promise will have been delivered after just seven weeks back in office, leaving another five years of governing time. Some of that will involve negotiating trade deals with the EU and beyond. However, governments are usually judged on their domestic agendas, and as the election campaign showed, there is a desire among voters to focus on issues such as healthcare, public services and taxation. What can we expect from the Johnson government after January?

Beyond his signature policy on Brexit, it is difficult to say with certainty what Johnson will offer. More than any other recent politician, Johnson’s rise to the top of British politics was fuelled by personal ambition, not ideology. He has sometimes appeared to want the top job in order to have it rather than to use it to achieve things. Consequently, his policy positions have tended to reflect the ebbs and flows of his political career rather than of any longer-term vision. Most famously, some thought that Johnson would campaign for Remain in the EU referendum in 2016 until it became expedient for his party leadership hopes to campaign for Leave. He resigned from Theresa May’s cabinet over opposition to her Brexit policy and twice voted against her withdrawal agreement in parliament before supporting it the third time.

As mayor of London from 2008 to 2016, Johnson was associated with attention-seeking gimmicks. These included the new (and expensive) Routemaster “Boris buses”, the Emirates cable-car crossing of the Thames, denounced by critics as a white elephant, and the ill-fated “garden bridge”. At City Hall, Johnson extolled the virtues of business but more recently he has been critical.

In the apparent absence of ideology, Johnson became renowned as a “character”. His gaffes, his colourful (sometimes insensitive) language and his chaotic personal life have all drawn attention.

Johnson’s surfeit of ambition has also led to him being seen as untrustworthy and unprincipled, and regularly denounced by opponents as a liar. On the other hand, it has helped him, not just in reaching the top but in achieving his Brexit deal. Among the hallmarks of his premiership to date have been his ruthlessness and his risk-taking. His first hours as prime minister in July saw him undertake a cabinet reshuffle so extensive that it effectively created an entirely new government. He withdrew the whip from Conservative MPs who obstructed him in parliament, including the former chancellor of the exchequer, Philip Hammond. Johnson also threw his parliamentary allies, the Democratic Unionist Party, under the bus to secure a Brexit deal that left Northern Ireland facing trading frictions with Great Britain. He then gambled everything on an early election.

Who are the Conservatives now?

Now that he is back in office with a majority, Johnson will have the numbers in parliament to pursue his own policy direction. The details of that direction are unclear, with few clues available in the Conservatives’ safety-first manifesto. Yet major policy debates will open up inside the party once Brexit is secured. These will relate to what type of country post-Brexit Britain wants to become.

Some on the free-market right will advocate a “Singapore-on-Thames” model of a rolled-back state, big tax cuts and a bonfire of red tape. This could be tied in with a strategic orientation away from the EU and towards Canada, Australia and New Zealand. Meanwhile, some Conservatives will put continued emphasis on close trading links with the EU, even if that means accepting its level-playing-field demands in future trade talks.

Others, such as May’s former adviser, Nick Timothy, have urged a more interventionist state and higher public spending, all the better to retain the Conservatives’ new electoral coalition, which includes ex-Labour voters in Brexit supporting areas.

There will also be debates over immigration, particularly the extent to which the UK’s economic model should still be dependent on large-scale migration.

It is not at all clear which (if any) of these positions Johnson would ultimately promote. He has talked about trade deals with the EU, the US and other countries. He has pledged more money for public services but promised not to raise taxes. Yet his weak ideological bearings – and apparent lack of interest in policy detail – leave a great deal of uncertainty about his agenda.

“Get Brexit done” gave Johnson a mission, a goal to achieve, a rallying cry to mobilise supporters to win first the Tory leadership and then the general election. But with the premiership secured and Brexit done, what does Johnson want to happen next? Without clear positions on the big issues, he risks becoming seen as a Brexit-era leader, necessary to finish the job that May failed to complete, but lacking a clear prospectus for the future.

Despite being one of the best-known and biggest characters in British politics, so much remains uncertain about Boris Johnson. Vaulting ambition, a reputation as an election winner and a widespread desperation to get Brexit done have got him this far. Now that he has achieved his parliamentary majority, he must decide what he wants to do with it.