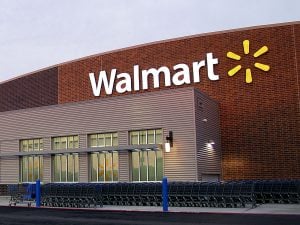 Walmart Inc (NYSE:WMT) had a solid fourth quarter by accruing revenue of $152.87 billion against $151.33 billion estimates. The retail giant has managed to navigate through record inflation and is on its way to achieving its long-term financial goals.

As reported by CNBC, Walmart weathered the inflation storm in the fourth quarter ended January 31 by topping revenue estimates and achieving earning per share of $1.53 vs $1.50 expectations. Net income rose to $3.56 billion or $1.28 per share.

The result represents a stunning comeback from the previous year when the company reported losses of $2.09 billion or 74 cents per share.

The quarterly stellar results come amid the highest inflation in 40 years and demonstrate Walmart’s capacity to build solid relationships with suppliers in times of crisis.

According to CFO Brett Biggs, Walmart is focusing on offering low prices despite the climb of meat and other products.

“We know that consumers are focused on inflation, and we’re continuing to watch key item pricing to ensure that we help them through this… This type of environment plays to our strengths,” he said.

The growth in sales is not only down to the increase in prices, as “Traffic to Walmart’s stores and website rose 3.1% and the company gained market share in grocery in the quarter.”

Before Omicron, the company had estimated a supply chain costs increase of around $100 million, but it soared to $400 million after the variant’s peak.

“Walmart’s same-store sales in the U.S. climbed by 5.6%, excluding fuel, matching the 5.6% expected by a StreetAccount survey. Walmart’s e-commerce sales in the U.S. increased 1% versus the year-ago quarter —or 70% on a two-year basis,” CNBC reports.

The retailer is looking for high-margin businesses by investing in advertising. Walmart Connect has grown to $2.1 billion while active advertisers grew by more than 130% YoY, according to the company’s CEO Doug McMillon.

Walmart is part of the Entrepreneur Index, which tracks 60 of the largest publicly traded companies managed by their founders or their founders’ families.