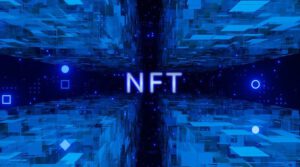 Non-fungible tokens(NFTs)—coded digital assets that can be bought and sold over the internet–  have unquestionably taken the world of collecting and investing by storm in the last two years. From bored apes to pictures of cartoon rocks,  to intricate digital art, and the latest songs by famous musicians, it seems anything and everything can be turned into an NFT. And it also seems like there is an insatiable appetite for just about whatever has been put on the market.

While not every NFT project is a massive success, the numbers tell a story of a market literally exploding before our eyes. According to DappRadar, which collects data across ten different blockchains, the ledgers used to record who owns any particular NFT, total worldwide NFT sales went from $94.9 million in 2020 to $24.9 billion in 2021.

While some traditional market and investment analysts warn that NFTs are mere speculative bubbles, the companies getting involved, and cashing in, are some of the biggest in the world. Coca-Cola, Gucci, The National Basketball Association(NBA), Visa, Budweiser, Nike, Pizza Hut, and auction houses Christie’s and Sotheby’s have all taken the dive into the NFT realm. Many more Fortune 500 companies have plans to sell NFTs.

On the investment side, the stunning numbers tell a story of a world that is hardly a passing fad. According to data compiled by PitchBook, a firm that tracks private investments, more than $3 billion in private investment was poured into NFT companies in 2021.

French NFT company Sorare, which sells soccer NFTs, raised a massive US$680 million led by Japanese investment giant SoftBank. Dapper Labs, the company that launched the highly successful NFT collection Top Shot in partnership with the NBA, recently raised US$250 million from a group of prominent investors. This past January, OpenSea, one of the largest exchanges for people to buy and sell NFTs, raised $300 million in venture capital funding. OpenSea has been in business for just four years and is already valued at a staggering $13.3 billion.

One of the biggest issues for companies that create NFTs and provide the marketplaces for buyers and sellers to conduct business is that accessing, buying, and selling NFTs can be quite complicated, especially for the waves of newcomers and amateurs eager to get in on a hot market.

And clearly, there are a lot of newcomers wanting in on the action. Halfway through 2021, the most searched NFT term on Google was “buy nfts,” while the second most searched was “sell nfts.” According to a Sotheby’s 2021 report, 78 percent of NFT bidders were new to the auction house and more than half of them were under 40.

As NFTs go mainstream, the need for familiar ways to trade these assets will become essential. Most collectors don’t have the time or energy to figure out the often complicated world of crypto and blockchain. They want what they want, and they want to buy it and sell it as they please. The same could be said for the artists and athletes and others who want to be creators. The process has to be simple and easy to manage.

One new project that has taken this concept to heart is Fanpage, a new NFT platform that works with major sports and music stars to create one-of-a-kind NFTs for fans and NFT collectors.

On the creator’s side, Fanpage works specifically with top-tier music artists, influencers, and athletes, unlike other platforms that allow anyone. Fanpage employs a creative team to help the talents develop unique and one-of-a-kind artwork. Some of the musicians that will have NFT drops through Fanpage in the coming weeks include the Brothers Osborne, Jimmie Allen, and Matt Stell, among others.

Fanpage is also placing a big bet on first-to-market collectibles with its Future All-Stars Series, which features up-and-coming college baseball stars and other collegiate athletes. For savvy collectors, this could prove a golden opportunity to get in on the ground floor of an entirely new world of collecting, as college athletes take advantage of the new rules put in place by the NCAA and various states around the country allowing them to profit off of their name, image, and likeness(NIL.) If one or more of these college stars goes on to become a great of the pro game, the collector could one day be sitting on a very valuable asset.

Another highly unique feature is that Fanpage allows artists to sell their NFTs directly on their own websites. This is something completely new in NFTs and will allow artists to deal with their fans directly, rather than fans having to find their favorite artists on a third-party site.

Perhaps most interesting is how Fanpage built its platform with ease of access into the NFT, crypto, and blockchain realm. Fans can purchase NFTs with a simple credit card transaction while also allowing NFT enthusiasts to easily resell their NFTs on third-party marketplaces like OpenSea. Most platforms that allow consumers to purchase NFTs with credit cards force the consumer to keep that NFT on that platform.

Fanpage also has taken into consideration one of the biggest issues with NFTs; that the Etherium blockchain that most NFTs are built on is extremely unfriendly to the environment. Fanpage is built on the Polygon blockchain, a climate sustainable blockchain that is over 99.9% more carbon-efficient than Ethereum.

As the world of NFTs continues to exponentially expand and grow, more and more consumers new to crypto and blockchain will surely want in on the action. The key for companies looking for success will be to provide ease of entry and familiar ways to trade, thus providing a win-win for everyone involved.