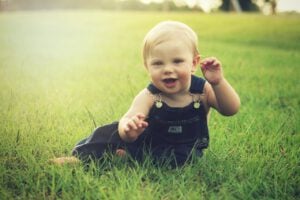 More federal stimulus checks aren’t coming, but the IRS is making every effort to ensure that those who haven’t yet claimed their stimulus payments do so. The IRS is now offering new guidance to help Americans claim their extra money. However, this new guidance is not for any direct coronavirus stimulus checks, but rather, for the expanded child tax credit.

The Biden administration expanded the child tax credit last year by increasing the amount from $2,000 per qualifying child to $3,600 for children ages five and under and to $3,000 for children ages six through 17. Eligible households should have received half of this amount in the form of six monthly payments from July to December unless they chose not to or there were problems with determining their eligibility. They can claim the other half when filing their tax return this year.

Earlier this week, the IRS provided new guidance on the definition of who a qualifying child is for the purpose of the child tax credit. Specifically, the IRS updated its FAQ fact sheet on the child tax credit with the new information on eligibility and an explanation of how to calculate the amount of the credit.

Under the new guidance, the expanded child tax credit can be claimed if the child hadn’t turned 18 by January 1, 2022; the child hadn’t provided more than half of their own support last year; and the taxpayer claims the child as a dependent.

Moreover, the child tax credit can be claimed if the eligible child is the son, daughter, brother, half-brother or sister, stepchild, stepbrother or sister, eligible foster child, or any descendent of the taxpayer. The child must also have lived with the taxpayer for more than half of last year, although there are a few exceptions to this rule.

The other two requirements are that the child must be a U.S. citizen, national, or resident alien and must not have filed a tax return.

How Can This New Guidance Help?

The IRS’ new guidance says that it calculates the “advance Child Tax Credit payment amounts by estimating the amount of the Child Tax Credit that you will be eligible to claim on your 2021 tax return during the 2022 tax filing season.”

The new guidance for claiming the expanded child tax credit could prove extremely vital for families that haven’t yet claimed it fully or didn’t yet file their tax return to claim the second half of the child tax credit.

Thus, the new guidance can help eligible parents understand the eligibility requirements and their rights and obligations when claiming the child tax credit by filing their tax return this year.