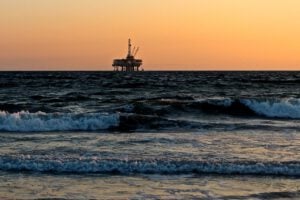 March 16, 2022 (Washington) Protesters criticized the John F. Kennedy Center for the Performing Arts in Washington, D.C. yesterday at the COAL + ICE exhibit, demanding that it drop billionaire and fossil fuel investor David Rubenstein from its Board of Trustees. See https://www.coalandlies.com/ for more information.

David M. Rubenstein is a Wall Street billionaire who has raked in huge profits from dirty fossil fuel investments that drive our climate crisis and damage poor communities and communities of color. He is the Co-Founder and Co-Chairman of The Carlyle Group, one of the biggest private equity firms in the world.

Carlyle has around $24 billion invested in more than six dozen fossil fuel companies — and this includes some of the worst oil and gas companies in the U.S..

Examples of Carlyle’s investment in dirty, climate-destroying fossil fuels include:

Through all this, Rubenstein has used his fossil fuel fortune to make big donations and acquire influential board seats that burnish his reputation, helping him to maintain a respectable public image even as he and Carlyle invest in oil and methane gas production that causes harm to front line communities and to the planet.

It’s time for cultural institutions and universities to stop greenwashing David Rubenstein and Carlyle Group. Carlyle must ditch its destructive fossil fuel investments – not in 2050, not in 2030, but today.

For more information on Rubenstein and Carlyle Group’s dirty investments, see the report: Private Equity’s Dirty Dozen: 12 Firms Dripping In Oil And The Wealthy Executives Who Run Them