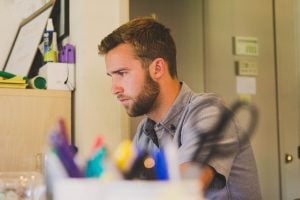 Weekly jobless claims fell short of the 220,000 Dow Jones estimate and are down 15,000 from the previous week. The result means that the U.S. job market is tightening and represents the lowest number since the beginning of this year.

As reported by CNBC, the job market is edging closer to full employment —amid a 3.8% jobless rate— as new filings for unemployment insurance hit 214,000 for the week ended March 12.

“The four-week moving average, which accounts for weekly volatility in the numbers, also declined, falling 8,750 to 223,000,” the media outlet informs.

However, the job outlook remains complex as there are not enough available workers to cover the 5 million job positions in the market —a situation that takes place despite the solid hiring pace in the last several months.

Expert Mark Hamrick told Fox Business: “The stability of the job market stands in stark contrast with the high degree of uncertainty the world is facing with the war in Ukraine, high inflation, and the prospect of further supply chain disruptions with China’s efforts to get COVID under control.”

With regards to inflation, Hamrick added: “These higher costs crimping household budgets risk dampening consumer discretionary purchases. It remains to be seen how much this could negatively affect the job market in the months to come.”

In the week ended 25 December, weekly jobless claims hit 198,000, the lowest in more than five decades, as reported by the Labor Department back then.