Many May Get $400 in Gas Stimulus Check. How it Would Work 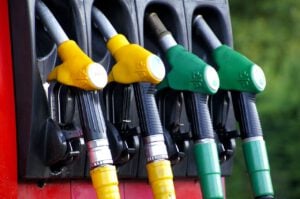 When COVID-19 was at its peak, people were sent coronavirus stimulus checks. Now, rising gas prices are making life difficult for people, and many believe that a gas stimulus check could offer some relief to people. Several states are considering giving gas stimulus checks, but one state has made more progress than others when it comes to this stimulus payment, and this state is California.

Gas Stimulus Check: Who Will Get It And How Much?

Though nothing has been announced officially, lawmakers reportedly have made some progress on this front. Reports are that Californians who pay their state income taxes would get $400 ($800 for married couples filing jointly) in a rebate irrespective of their income.

A group of Democratic lawmakers proposed this plan on Thursday. This amount of $400 equals the money that most Californians pay in state excise taxes on gasoline per year.

As said above, there is no official decision made on this front, including when the residents would get the gas stimulus checks. Many expect an official decision on the stimulus payment to be made in June when the Legislature and Gov. Gavin Newsom agree on the state budget. However, assembly member Cottie Petrie-Norris (D-Irvine) wants the money to be sent as early as possible.

“Our goal is to be able to do this in the spring, and all the folks here are going to be pushing really, really hard to make that happen,” said Petrie-Norris in a press conference on Thursday.

The final decision on who would get the rebate and how much, will be made during negotiations with the legislative leadership and the governor. The funds for the gas stimulus checks would likely come from the state’s estimated budget surplus of around $45 billion.

Gas stimulus checks are likely to get approval from both Democratic and Republic leaders. Both sides want to help Californians facing financial challenges due to the rising prices of most items, including gas prices.

In case lawmakers fail to get consensus on gas stimulus checks, they may consider another measure, such as reducing the state’s fuel tax rates. Republican lawmakers want to suspend the state gas tax for six months and believe it is the most effective way to offer direct financial relief to residents.

Some lawmakers, however, believe that reducing gas taxes could risk the critical repair work of roads and bridges, as well as other essential transportation projects.