Delaware Stimulus Checks: Taxpayers to Get $300 as Gas Prices Rise 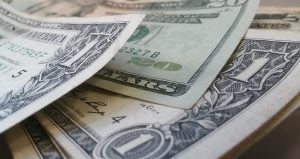 Over the past couple of weeks, several states have come up with plans to offer direct payments to their residents. The latest to do so is Delaware, where officials have proposed a $300 stimulus check to help them offset the impact of inflation. The Delaware stimulus checks would go to residents who filed a 2020 tax return.

On Thursday, Republican and Democratic lawmakers announced a plan to give every Delaware taxpayer $300 in direct economic relief. The lawmakers in the state House and Senate said they have reached a consensus on a direct payment plan.

“Now, we have the opportunity to invest in our residents and provide direct relief to every taxpayer in the state. These rebates are one way we can help offset residents’ recent hardships and ease the burden many are facing,” House Majority Leader Valerie Longhurst said.

Lawmakers will come up with the official legislation next month, and the authorities would use the state’s $1 billion surplus to send the Delaware stimulus check. The proposal would be considered when the General Assembly returns in April.

The proposal is expected to be fast-tracked as it enjoys the support from both the Republicans and Democrats. Gov. John Carney also backs the proposal.

“My hope is these direct payments will provide some measure of relief for Delaware families who are dealing with higher costs at the grocery store and the gas pump,” Carney said in a statement.

This Delaware stimulus check is estimated to help about 600,000 Delawareans who filed their 2020 tax return. These stimulus checks will cost around $186 million. It is expected that the residents would get the money before June 30.

The announcement for Delaware stimulus checks comes just a week after the Delaware Economic and Financial Advisory Council projected additional revenue of $206 million for this fiscal year. Previously, the council projected $824 million in extra revenue.

Delaware has performed well financially throughout the pandemic. Though Carney postponed some of his planned budget measures when the pandemic started, the state revenues were almost unharmed. Even corporate revenues and the real estate market remained largely unaffected with the dramatic shift of work.

In recent times, several states have enacted a “gas tax holiday” to help people. Delaware too considered this option, but the gas tax in the state is tied to bonds in the state’s Transportation Trust Fund.