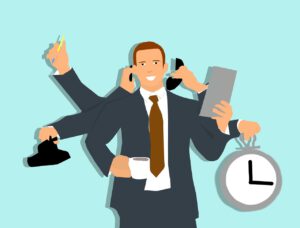 The Great Resignation in the U.S. continued in February as 4.5 million workers quit their jobs last month, as reported by the Bureau of Labor Statistics on Tuesday. With the phenomenon still looming, there are 5 million more job openings than unemployed individuals in the country.

As reported by CNBC, the gap between available jobs and unemployed people increased overall. In February, the number of openings dropped slightly from January to 11.27 million while the number of those categorized as “unemployed” hit 6.27 million, leaving 5 million more vacant positions than available workers.

Between January and February, the Great Resignation added 94,000 people quitting their jobs, “also a slightly higher level as a percentage of the workforce, up to 2.9% from 2.8%.”

According to the Job Openings and Labor Turnover Survey, the sectors with the highest job openings last month were education and health services with 2.23 million. The second industry was professional and business services at 2.1 million, followed by trade, transportation, and utilities with 2.86 million.

“The quits level was off its November 2021 high of 4.51 million, which amounted to 3% of the overall workforce,” CNBC informs.

James Knightley, chief international economist at ING Groep NV (NYSE:ING), told CNN, “Should Friday’s payrolls report disappoint, it is down to a lack of supply of workers to fill the jobs available rather than any issue with demand.”

“In a service sector economy, the biggest cost is your workforce. Given clear evidence of corporate pricing power this means inflation will stay higher for longer as firms pass higher costs onto their customers,” he added.

Despite offering better salaries, businesses are fighting to lure workers back in the saddle while the higher wages help minimize the impact of soaring consumer prices.

Looking ahead, Lynn Franco, senior director of economic indicators at The Conference Board, says: “Expectations… weakened further with consumers citing rising prices, especially at the gas pump, and the war in Ukraine as factors.”

“Meanwhile, purchasing intentions for big-ticket items like automobiles have softened somewhat over the past few months as expectations for interest rates have risen.”