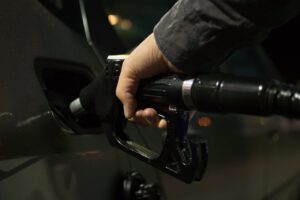 European stocks are treading water on Monday and Wall Street is eyeing a similar open amid another cautious start to the week.

Virtual talks are set to resume as Europe prepares fresh sanctions against Russia following the release of disturbing images over the weekend. Pressure is ramping up on Brussels to enforce a total ban on Russian energy imports in order to enforce real damage and punishment against the Kremlin for the invasion. Of course, it’s easier for some to make such demands than others.

We will likely continue to see resistance from Germany and a select few others as they’re simply far more reliant on Russian imports of oil, gas and coal. Forecasts for the impact of an embargo vary but it would almost certainly tip the country into recession.

But few disagree that harsher measures are needed as Putin has clearly not been deterred despite the economic hardship he’s about to drag his country through. Some of the cracks have been papered over in the near term, as we’ve seen with the rouble recovery and discounted exports to friendlier nations but this won’t be enough to protect them in the event of a blanket ban.

We’re left hoping that talks continue to make progress towards a ceasefire and exit of Russian troops but if the process so far is anything to go by, that may not happen soon. While progress has been positive for risk assets so far, they remain vulnerable to setbacks in talks which continue to take place against the backdrop of ongoing attacks.

Oil prices have pulled back considerably since peaking last month in the early days of the invasion. Declines over the last couple of weeks have been aided by lockdowns in China and a massive SPR release by the IEA, the details of which should become known early this week.

The US has already made its contribution known which will go some way to easing the tightness in the market and supply shock from Russia where sanctions are biting. This is only a temporary solution but offers a buffer over the next six months as producers ramp up production, including OPEC+ which has until now refused to accelerate its efforts in any significant way.

Oil prices remain high but they’re certainly at more sustainable and less economically threatening levels. WTI slipped below $100 and could remain there depending on the full details of the IEA release and the length of Chinese lockdowns but the war in Ukraine remains a significant upside risk.

One thing that has come with these super-sized hikes is recession risks, as evident by the inversions we’re now seeing on the US yield curve. The 2-10 inversion is now clear for all to see and has previously been a fairly reliable recession indicator. Of course, it doesn’t offer any kind of specific timeline and there are doubts about its reliability in an enormous Fed balance sheet world. The economic data may also provide some comfort.

But gold is holding firm and is actually up marginally on the day. It appears to have consolidated just above $1,900 over the last few weeks with brief dips below being quickly bought into. Equally, it’s not making any real headway to the upside, making it quite a choppy market at the moment that offers little in the way of directional clues.

Speaking of choppy, bitcoin has been just that over the last week or so since breaking through a key resistance level. It’s recovered over the last few days after finding some support around $44,000 but continues to struggle to find much momentum as it approaches last week’s peak. It could still build on that breakout but it may be more of a grind than we’ve seen in the past, given the current environment.

For a look at all of today’s economic events, check out our economic calendar: www.marketpulse.com/economic-events/