Can You Lose Money With An Annuity?

By Due. Originally published at ValueWalk. 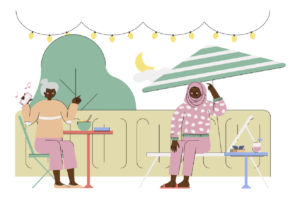 If you’re nearing retirement or are already retired, chances are you’ve considered purchasing an annuity. An annuity can provide a guaranteed stream of income for life, which can be appealing when you’re trying to plan for your financial future. But like any investment, there’s always the potential to lose money with an annuity. So what should you know before investing in one? Here’s a look at the potential risks of investing in an annuity and how to mitigate them.

The risks of investing in an annuity

It may be odd to think you could lose money with an annuity, considering that they’re marketed as special guaranteed investments specifically designed to protect us from that outcome. This is a rather common misconception, however, because not all annuities are the same and not all of them come with the same level of principal protection.

That said, while it’s universally accepted that annuities are safer investment vehicles for retirement than other types of investments, that will largely depend on the type of annuity you purchase, the conditions of the contract you enter, and how financially strong the issuing insurance company that sells you the annuity is.

So, before we go into the details behind the reasons why, you should know that it is possible to lose money with an annuity. To understand this better, let’s look at which types of annuities you can buy and how they work.

Quick overview of annuity types and how they work

In very general terms, there are two types of annuities, which are fixed annuities and

https://due.com/annuity/what-is-a-variable-annuity/. Additionally, you may purchase either an immediate annuity that starts paying you right away or a deferred annuity that starts making payments later. Additionally, there are also fixed indexed annuities. Here’s a quick reminder of how all these work, but you can always check out other dedicated posts on the different types of annuities if you want more information.

As we just saw, variable annuities, both immediate and deferred, don’t protect your principal or give you any guarantees about how big your paychecks will be during the annuitization phase. Instead, they base the income on market performance because they invest your savings in stocks and bonds.

This means that there’s essentially the same risk of losing your money when buying a variable annuity as when investing directly in a mutual fund.

You can protect yourself from losing money even with a variable annuity by adding a contract rider that guarantees a certain amount in withdrawals as income when you retire. This type of income-based rider will make the issuer have to pay you the agreed income even if the underlying portfolio decreases in value.

Fixed-income annuities guarantee you a certain income for life, no matter how long you live and whether or not you’ve spent your entire principal. Insurance companies manage to do this without losing money by pooling everyone’s savings into a single account and making precise estimations of how long annuity-holders are likely to live. Then, they’ll calculate the payments so that the principal will last exactly each holder’s average life expectancy.

Since it is an average, some people will live longer and come out winning, but others will die sooner, leaving the undistributed portion of their principal in the pooled account for the insurance company to keep. If you’re in the latter group that dies early, you effectively lose the unpaid portion. This is called the early death risk, and it’s one of the main disadvantages of single-life annuities.

You can protect yourself from this type of loss by adding a rider to your contract to guarantee payments to your beneficiaries if you die early for an extra fee. This is called a death benefit rider, and it’s a way to bequest your savings to those you care for.

Fixed-income annuities have a drawback: you will always receive the same income for the rest of your life or for whatever period the annuity contract specifies. After you reach the end of the annuity, or if you die exactly at the age the insurance company expects, you will have received back every dollar you originally invested in the annuity plus interests. In other words, your principal will be intact.

While this may sound exactly like what you would want, you have to consider inflation. Having the same number of dollars today as ten, fifteen or twenty years ago doesn’t mean you have the same amount of money because inflation makes today’s money less valuable than it was before.

So, with a fixed income annuity, as time goes by, your income loses value.

Luckily, there’s a simple way to work around this, which is adding what is called a cost-of-living adjustment rider. This rider turns your fixed-income annuity into an inflation-indexed annuity tied to the CPI, which guarantees that your income will increase in proportion to inflation as time goes by.

When you put your money in a deferred annuity, it is tied to the annuity by contract for a surrender period. If you need to access that money before the end of the surrender period, you’ll have to pay a penalty fee known as a surrender charge.

These early-withdrawal fees can make you lose a significant amount of money. They are highest when you initially make your deposit and decrease over time until they reach zero by the end of the surrender period.

The way to avoid these charges is by not withdrawing your money until the end of the surrender period. Also, some contracts allow you to make small withdrawals annually without paying surrender charges. But if you want total access to your money whenever you need it, you can also opt-in for a no-surrender or level-load rider in exchange for a fee.

Annuities are tax-deferred investment vehicles for retirement, so the IRS imposes a penalty if you make withdrawals before you reach official retirement age. This fee is a hefty 10% of the early distribution amount. Additionally, remember that, early or not, you’ll also have to pay income tax on annuity distributions.

The obvious solution is to wait until you’re 59½ to make any withdrawals, but sometimes that’s not an option. However, there are several exceptions to the 10% penalty, such as withdrawing to pay for medical expenses, medical insurance, college, purchasing your first home, covering expenses after the birth or adoption of a child, etc.

An annuity is a contract between you and an insurance company. And, like any other contract, it can be canceled by either party if something goes wrong.

Unfortunately, in the case of an insurance company going bankrupt, annuity holders are usually among the last to get their money back. This is because the insurance company’s assets are used to pay off its creditors first.

The best way to protect yourself from this scenario is by choosing an insurance company with a good financial rating. You can check companies’ ratings at agencies like A.M. Best, Moody’s or Standard & Poor’s. Also, always read the fine print before signing any contract and make sure you understand what could happen if the company goes bankrupt.

An annuity can be a great way to save for retirement, but it’s important to understand the risks involved before deciding. By knowing what could happen if things go wrong, you can take steps to mitigate those risks and protect your money.

There are several ways you can lose money when you invest in an annuity. The highest risk comes with non-guaranteed variable annuities. However, you can also lose money with fixed income annuities by surrendering your contract early, with penalty fees for withdrawals before age 59½, and if the insurance company goes bankrupt. However, there are ways to protect yourself from each of these scenarios. By choosing an insurance company with a good financial rating and reading the fine print before signing any contract, you can minimize the risk of losing your money.

Article by Jordan Bishop, Due

Jordan Bishop discovered the power of credit cards at a young age. His first splash into travel hacking came with the wildly viral launch of Yore Oyster, which landed him national media attention and more than a million frequent flyer miles. He leveraged that opportunity to help tens of thousands of people save millions of dollars on flights, all while globetrotting the world.