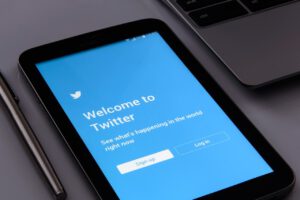 With Elon Musk becoming a Twitter Inc (NYSE:TWTR) board member after acquiring 9% of the social media company, worries are already emerging. Some employees fear for the platform’s ability to moderate content given the Tesla Inc (NASDAQ:TSLA) CEO’s free-speech approach.

Upon Musk’s stake purchase, conservative politicians rushed to call for lifting the ban on former U.S. President Donald Trump, who was banned from Twitter and Facebook —Meta Platforms Inc (NASDAQ:FB)— on January 6 over his incensed tweets and comments during the Capitol riot.

Elon Musk has described himself as a “free-speech absolutist,” and concerns revolve around this approach undoing years of efforts to make Twitter a healthy social media outlet. The platform asserted that the board does not intervene in policy decisions.

Still, a company spokesperson said that the board “plays an important advisory and feedback role across the entirety of our service,” while management and employees make everyday decisions.

Upon his arrival to the board, Musk has not outwardly disclosed his intentions for the platform, but his recent activity serves as an indication. Reuters reports that he polled his 80 million followers on whether the site sticks to free speech, a week before his Twitter purchase was revealed. The majority voted “no.”

Elon Musk is known for being an assiduous Twitterer, and has used his account to lash out at his critics. In 2018, the billionaire received backlash for accusing British diver Rick Stanton of being a pedophile. The man to park in a rescue operation for children trapped in a cave in Thailand.

In December 2021, Musk derided Senator Elizabeth Warren by saying she was like a “friend’s angry mom” while referring to her as “Senator Karen.” The spat was triggered by Warren as she took to Twitter to called for a tax reform so Musk would “actually pay taxes.”