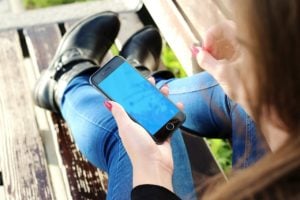 WASHINGTON, April 5, 2022—A powerful group of scientists, including epidemiologists and physicians with Environmental Health Trust,  have convened to dispute a study on U.K. women recently published in the Journal of the National Cancer Institute that concluded cell phone use did not increase cancer risk. The group asserts that the study of older women provides false safety assurances regarding cell phones and cancer. The scientists are highlighting serious issues in the Oxford study which they say is “fatally flawed and designed in a way that cannot evaluate cell phone cancer risk.”  The scientists note that numerous human and animal studies have found associations between cell phone radiation and cancer and they recommend the public reduce exposures to cell phone and other wireless radiation, especially children.

They highlight the inadequate exposure assessment of the Oxford study- how the researchers did not gather data on how many hours the women used a cell phone. The study only surveyed women twice in median years 2001 and 2011, asking if they “never”, “ever” or “daily” used a cell phone. The women were then followed through the U.K National Health Services databases on death and cancer. Women who used the phone once a day were lumped together with women who used the phone for hours a day. When this group of cellphone users was compared to those who reported never using a phone, no statistically significant associations were detected between phone use and brain cancer.

When questioned,  Kirstin Pirie, one of the study researchers, stated, “The participants in this study were not particularly heavy users of mobile phones, as only 18% of phone-users reported talking on a mobile phone for 30 minutes or more each week. As such, we were unable to assess the risks associated with considerably greater levels of exposure.”

“Studies that rely on outdated data are dangerous in the fact they don’t consider how people use cell phones today. Many of today’s users are on the cell phone hours a day and what is termed as ‘heavy use’ in 2011 is normal use today,” said Devra Davis, Ph.D., MPH, president of Environmental Health Trust and Fellow of the American College of Epidemiology. “When this study was originally started, some people were still using flip phones.”

“Wrong ages, wrong questions, wrong exposure information.  Combining the numbers of brain cancers in older women reporting daily use and infrequent use of phones substantially lowers the chances of finding a real effect and tells us nothing about younger people that remain the greatest users of these devices,” Davis explained.

“Although the researchers claimed that ‘cell phone use under usual conditions does not increase brain tumor incidence,’ there is no way to know what ‘usual conditions’ means,” added Davis who  has published hundreds of studies on environmental health issues and has testified before Congress on cell phone radiation.  “The uses and users of phones have changed radically even in the past few years, with growing numbers of youngsters being exposed to a sea of radiofrequency radiation that did not exist a few years ago,” she added.

Linda Birnbaum, Ph.D., recently retired as director of the National Institute of Environmental Health Sciences and former president of the Society of Toxicology stated, ”Carefully controlled experimental rodent studies from the U.S. National Toxicology Program experiments provide clear evidence that current levels of cellphone radiation can induce DNA and cardiac damage, as well as cancer.  We cannot dismiss these findings in light of the continuing expansion of exposures to wireless radiation from phones and other devices at all age groups.”

“The absence of definitive positive findings between self-reported mobile phone use and tumors is not proof of safety,” Birnbaum said.  “There is enough published research to support stronger regulations. The public needs to know that cell phones should not be held close to the head and body. Health agencies should issue clear recommendations to the public on how to minimize everyday exposures from cell phones, wireless devices and “smart” things.”

Frank Clegg, former president of Microsoft Canada, noted, “Since 2011, older adults’ use of smartphones has skyrocketed. This study makes conclusions that rest on older women’s reported cell phone use from more than a decade ago.  This is completely inadequate to understand how much total time women spent with a phone against their head, nor can this study tell us anything about the risks to young children or pregnancy,” stated Clegg,  now CEO of Canadians for Safe technology.

Clegg added that combining seldom cell phone users with regular and heavy users as of 2011, “Dilutes the pool from which to draw conclusions about risk.”  He pointed to research showing skyrocketing use of wireless technology in older U.K. citizens since 2013, including a doubling of Smartphone ownership from 2013 to 2019 in respondents aged 55 to 75. (Source Deloitte’s  UK Mobile Consumer Survey)

Hillel Baldwin, M.D., a neurosurgeon and a board member of Environmental Health Trust, added this call to the Oxford research team,  “For a valid study to be carried out in this circumstance, it is important that researchers interview women to learn how often and how they have used their cordless home and wireless mobile phones over the past several decades.  Without that information this study will be unable to provide a definitive conclusion.  Other studies find memory, hearing and vision problems among heavier phone users.  These are impacts that also must be carefully studied.”

“People should keep cell phones away from the body because they exceed permitted radiation exposure when placed against the skin. Use speakerphone or a headset, keep it at a distance – not in a pocket or bra, or close by at night. Turn off all wireless features when not in use,“ stated Meg Sears, Ph.D of the Ottawa Hospital Research Institute and chair of Prevent Cancer Now.

Paul Héroux, Ph.D.,  Professor of Toxicology and Health Effects of Electromagnetism of McGill University Medicine stated, “the downgrading of toxicological evidence showing adverse effects (NTP and Falcioni 2018) by an epidemiologist is inappropriate.”