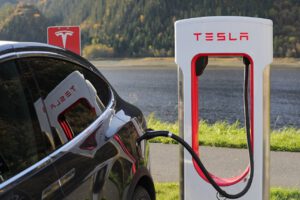 “US market sentiment was dominated by Netflix’s results yesterday, with the huge 200,000 lost subscribers shocking the market. However, Tesla’s results last night should offset a reasonable chunk of tech jitters. Elon Musk’s famous EV company managed to post operating profits which were up over 500%, as its factories benefitted from the economies of scale. More than that, a measured restarting of production has started in China, following total shutdowns in the country’s lockdown. The higher vehicle prices also suggest the group isn’t facing the same headwinds from inflation as others, which is testament to Tesla’s ineffable brand. The worst of supply chain disruption has also been shrugged off – so while it is still a drag, it doesn’t appear to be derailing the situation as badly as some had feared.

Further positive news comes from the FTSE100, which is up 0.4%, largely owing to a lack of shocks rather than anything new overtly driving that change. The Ukraine crisis is of course still ongoing, and the continued uncertainty around the geopolitical backdrop will be keeping a ceiling on how far western markets can climb over the coming weeks and months. The FTSE’s more positive open this morning follows very mixed trading in Asia. The Nikkei 225 Index rose 1.2%, and the Topix Index gained 0.7%. That’s largely attributable to refreshed sentiment surrounding chip-reliant tech stocks.

The meeting of US Federal Reserve chair Jerome Powell, ECB President Christine Lagarde and Bank of England governor Andrew Bailey is likely to garner a great deal of attention. With so much macroeconomic and geopolitical risk at the moment, the market will be very sensitive to any concluding remarks. With global growth forecasts being cut at the same time as interest rates being hiked, there is increased anxiety of recessions coming down the pipes.

Crude oil is still at elevated levels, owing to multiple factors which are likely to keep this volatile for some time – but the price of around $103 has stabilised on a week ago.”