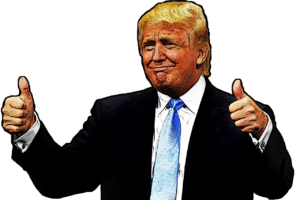 If you happened to have seen the 1962 hit movie, The Manchurian Candidate, then you can probably guess where I’m going with this — perhaps even guessing who the Siberian candidate will be in our 2024 presidential election.

That’s right: Donald Trump will star in this new movie, which will be produced, directed, and perhaps even financed by Russian president, Vladimir Putin.

The Manchurian candidate was an American prisoner of war captured by the Chinese during the Korean War. He was unwittingly brainwashed, and then sent back to the United States after the war, where he would advance the political interests of the Chinese Communists.

Would it be that farfetched to imagine Donald Trump regaining the presidency, and performing as Putin’s puppet? After all, when Russia attacked Ukraine on February 24th, Trump hailed him as “a genius.”

While Trump never stops boasting about his great wealth, Putin –who is arguably worth fifty times what Trump is worth – never talks about his own net worth. While Trump inherited much of his money from his father, and has run the family business much like a criminal enterprise, Putin is a self-made man.

He grew up in a rat-infested apartment in Post-World War II Leningrad, rose to the rank of colonel in the KGB, and made his fortune by extorting tens of billions of dollars from virtually all of the Russian oligarchs.

Trump, who has been doing business in Russia for decades, and may well have been engaged laundering money for the oligarchs, and perhaps for Putin as well. The appellation, “Putin’s lapdog,” is apparently well-earned. As the Russians began their brutal and utterly unprovoked attack upon Ukraine, Trump cheered Putin on, while the United States and the rest of NATO rushed to supply Ukrainian fighters with massive shipments of defensive weapons.

While Trump did his best to disrupt – if not disband NATO – during his time in office, one can only imagine what he would do to the alliance if he were returned to the White House after the 2024 election. But we can be sure that he will continue in his role as Putin’s “lap dog,” and will do all he can to help his master realize his dream of putting back together the old Soviet Union, piece by piece.