When The World Changed: The Day Work Disappeared – Part IV 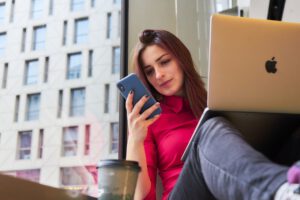 Part IV of “The day work disappeared.” A four part short story from the series “When the world changed.”

This leads me to another perplexing question – why have we become so isolated, only concerned about ourselves, and not with the well-being of our fellow humans? It would be naive to say it all started with the introduction of free-market economics in the 1970s, but it certainly accelerated our decline. In essence, it changed the purpose of business. Free-markets promote the idea that the purpose of business is to make a profit for shareholders. It ignores the needs of all others, such as the community and environment. Business, evidently, is supposed to work exclusively for the benefit of shareholders. This has made business behave selfishly and greedily, only concerned with shareholder interests. When you consider that business lies at the centre of most people’s lives, this philosophy of self-interest and greed rubs off onto its employees. They start behaving in the same manner, as that’s what’s acceptable – the done thing. We have forgotten what history taught us. We prosper through co-operation, by preserving and building common good.

Free-market economics has perverted the natural order of things. We understand that business needs to make a profit to survive. However, profit should not be its sole objective. It must serve all business constituent’s needs, which includes the environment. Business is too important a part of society to be used for the exclusive benefit of a few. This perverted understanding of focusing on self-interest rather than on community and the common good has caused immeasurable damage. It has distorted all aspects of life. We now celebrate and admire wealth. The lifestyles of the wealthy are presented as something to aspire to, while the activities of those who contribute to building common good are ignored.

We discarded these values at our peril, as our current disastrous situation so amply demonstrates. Greed and self-interest ultimately lead to destruction, whereas building community and investing in common good leads to success and prosperity for all. History has written this in stone for us all to see, but we still ignore it. Perhaps one day, if we survive, we will advance to such an extent, computers will read the stone for us, and help us understand. Then, and only then, may we avoid the same disaster in the future by ensuring we don’t allow self-interest to dictate. We had the democratic ability to change, but we squandered it.

If only John, and others had heeded and supported, the wisdom shown by his “radical” university group who promoted a universal income and social credit system. I wouldn’t be documenting this sad day. Economic wisdom of the time said we would create a state of lazy people, which no economy could afford. Look what we’ve ended up with; an economy and society on the brink of collapse. What apocalyptic future awaits us I have no idea. I am, however, certain of a few things. First, it will be a violent and unpleasant end. Second, the remaining rich few will be the first targets, as “the cause of our problems.” Their wealth will not protect them – it will make them a target.

Had economic wisdom in the early ’20s seen the enormous benefits of spreading wealth more equitably, to protect the masses against job losses, we would be facing a more favourable future. To say a rosy future would possibly be an exaggeration, but certainly not an apocalyptic one. One of the important aspects of social payments, such as universal income payments is that they create economic stability. Money paid out in the form of this income is immediately recirculated in the economy, stabilising the economy at a certain level. What we have now is very little money circulating in the economy because of the loss of jobs, so the economy is collapsing. A universal income would have stabilised the economy and ensured it did not collapse. Businesses could have survived, and we could have plotted our way through this vastly changed world. AI and robotics were always going to play an important part in our economy – that’s progress. We just needed to adapt our thinking on how we introduced them to prevent us from crashing so spectacularly.

Of course, this would have involved introducing a new, more appropriate economic model. We should have dropped free-market economics as it placed self-interest and greed at the fore. In contrast, a social market strategy would have put society and common interests first. When introducing disruptive technologies on the scale we did, the best approach would have been to introduce them under a regime that placed the majority’s needs first. To minimise its impact on the majority and ensure it benefited them, not the needs and interests of the wealthy. This should have been blindingly obvious. It was blindly obvious. Yet, we didn’t do that. Little wonder we’ve got so horribly burnt.

The rich and powerful, who usurped control over the economy decades before, were having nothing of it. Change would have meant the fair distribution of wealth and the careful scrutiny of new technologies to protect workers as best we can. They weren’t interested in workers; they were interested only in short-term profits.

They lived in their short-term bubble, believing they could continue as before. Greed and stupidity blinded them as it has done through the ages. It’s hard to change a good thing when you think you will be protected. It’s even harder to change when you know you are going to have to lose something. Despite that, they should have realised everybody needs to keep an eye on the bigger, long-term picture and that if you don’t serve the common good, you are sowing the seeds of your own demise.

For all the “ifs and buts” we now find ourselves at this sad juncture in our history where work has disappeared, and we teeter on the brink of an economic and social abyss. I’ve told you the story of my son, John’s experience. I condemned him for his inaction, but the truth is, it’s my, and my generations inaction, greed and stupidity that has contributed the most to this sad situation. I was a software entrepreneur. I made a decent living, nothing more. I supported economic reform and wrote a blog about the subject for over thirty years, which made no difference. I feel terrible that I have played a part in allowing us to reach this situation, where my generation’s children, and grandchildren, have been robbed of a future I was lucky enough to enjoy.

I would give anything – my worthless soul, if any divine Deity granted me the wish of having this story published in the early 20’s, so people could see what horrors await them. I know it’s wild and wishful thinking even to believe a message could be sent back in time, but perhaps miracles do happen. What else can I do but hope and pray, so that I may redeem myself, no matter the price, in the eyes of the world, which I have failed so miserably.

The moral rights of the author have been established.

This book and any part of it may be copied and disseminated provided the author is acknowledged as the author and that it conforms to the publication rights and guidelines of the publisher ValueWalk.

This is a work of fiction. Unless otherwise indicated, all the names, characters, businesses, places, events and incidents in this book are either the product of the author’s imagination or used in a fictitious manner. Any resemblance to actual persons, living or dead, or actual events is purely coincidental.

While the author has attempted to be as accurate and as truthful as possible in describing economic conditions and their outcomes, he can provide no guarantees for those following his guidelines.