It’s hard to believe that the S&P 500 is down just ~13.5% from its high. This was a common response to my post yesterday. It feels a lot worse.

The average stock in the S&P 500 is in a 21.8% drawdown, so it’s understandable why the first number feels off. The thing is, the index is market cap-weighted, so the average decline and the index decline rarely line up.

Let’s examine why it feels so much worse than average and how the S&P is holding up as well as it is. 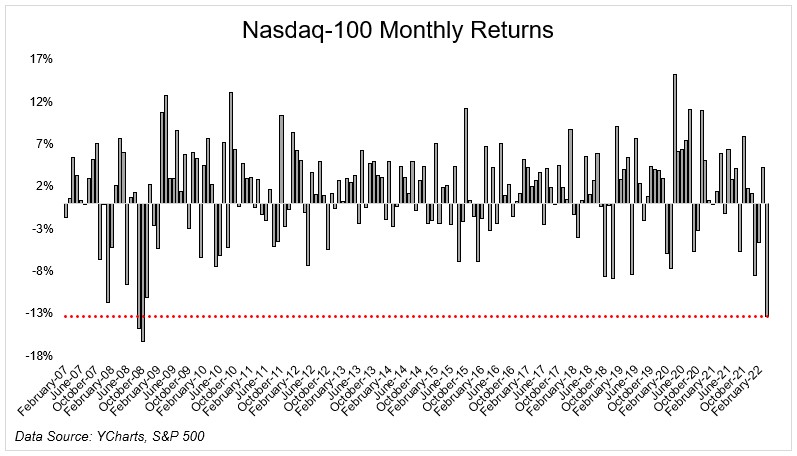 The average FANMAG stock is in the worst drawdown going back to 2013. That’s being dragged lower by Netflix’s 72% crash. But even the median is down 29%, a deep decline and certainly way worse than the 13% decline for the S&P 500. 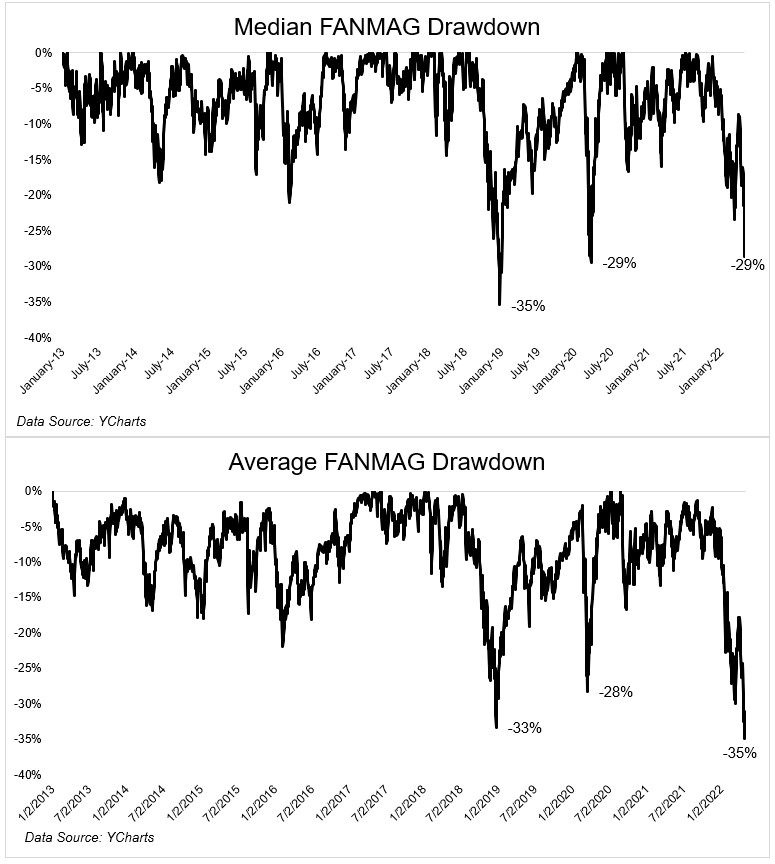 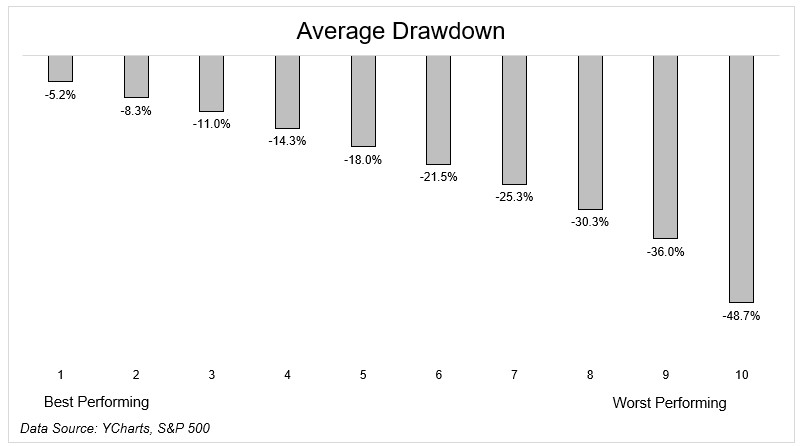 The glaring thing about this list is that these aren’t popular stocks to trade, so they’re not really top of mind*.  But those ten names above are $3.5 trillion in market cap, which more than offsets the declines of Amazon, Tesla, Facebook, and Nvidia, which represent $3.1 trillion of market cap.

To this point, we’ve only looked inside the stock market, specifically the S&P 500. Once you factor in the Ark complex blowing up, the bond market getting crushed, inflation not slowing down, home prices rocketing, and the fed removing liquidity from the markets, it’s easy to understand why things feel a whole lot worse than they actually are.**

*More mental attention is spent on Moderna, Netflix, and Paypal, which are all down 70%. Or Facebook and Nvidia which are both down almost 50%