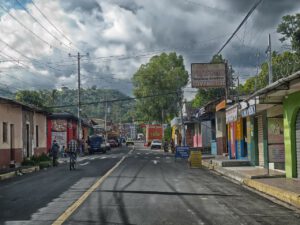 Financial services company Moody’s Corporation (NYSE:MCO) downgraded El Salvador’s debt rating by two notches, from “Caa3” to “Caa1”, due to a higher probability of default. El Salvador became the first country in the world to adopt bitcoin (BTC) as a legal tender.

As reported by Bloomberg,  Moody’s Investors Service has downgraded El Salvador’s debt and stated: “It is due in large part to the lack of a credible financing plan, a factor that increases credit risks stemming from restricted market access due to El Salvador’s distressed foreign debt yields.”

According to the media outlet, the rating agency fears large material losses for investors, given the upcoming bond repayments, since El Salvador currently has a debt or non-payment of $800 million, which expires in 2023.

With the adoption of BTC as legal tender, El Salvador announced the construction of Bitcoin City, as well as the issuance of BTC bonds as an alternative to obtain resources. However, in mid-March, President Nayib Bukele announced a delay in the bond issuance without an exact date.

Nayib Bukele’s government has not commented on the matter, nor clarified how it will pay the next due dates. Weeks ago, it mentioned that the projects related to BTC were separate and would not affect the country’s finances.

In addition, El Salvador’s dollar bonds widened up to 2,200 points —even more than those of the U.S.— which would reflect the dependence of the country’s government on short-term debt, which increases risks, according to Moody’s.

As per the Salvadoran newspaper Contrapunto, Moody’s also highlighted that it does not see a financing plan, which commits the country to acquire additional credit risks, which increases the “default risk.”

However, it pointed out that the government eased liquidity pressures with a 26.8% increase in tax revenue in 2021.

Nayib Bukele said on March 24 that the government delayed the issuance of “Bitcoin Bonds” of what could be the world’s first bitcoin-backed bond to address a reform that must first be sent to Congress.

“The brief delay in issuance is only because we are prioritizing the internal pension reform and we have to send that to Congress before (sic),” Bukele tweeted.