Stimulus Checks From Missouri: Senators Back $1,000 In Tax Refunds 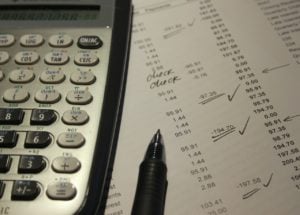 Over the past few months, several states have come up with stimulus checks, in the form of rebates or refunds, to help residents offset some of the impacts of inflation. Missouri Senators have also proposed a similar plan that, if approved, would offer a tax rebate to eligible residents. The stimulus checks from Missouri will be a one-time payment of $500. Though the plan appears to have widespread support, it still needs to be approved by the House and Governor Mike Parson.

Stimulus Checks From Missouri: Who Will Get Them?

Last week, the Missouri Senate endorsed a plan that would offer a one-time tax credit of up to $500 to individuals ($1,000 for couples). The primary objective of the plan is to help residents cope with the rising levels of inflation.

As per the proposal, the stimulus checks from Missouri will go to individuals with income of less than $150,000 and couples with earnings below $300,000. The cost of the refunds is set at $500 million. So, it is possible that the refunds will be prorated (or the final check amount is reduced) to ensure the total amount of refunds don’t exceed $500 million.

Though the plan to send these one-time stimulus checks from Missouri enjoys the support of the Senate, it still needs a final vote before it could go to the House and then to Gov. Mike Parson.

“I think we landed in a place that’s a good place,” Senate Minority Leader John Rizzo said. “I believe we have a pretty good compromise here.”

It must be noted that the House passed a similar proposal earlier, but it had no income limits. Also, the House proposal would be capped at a total cost of $1 billion. However, to be eligible for the money, the residents must have paid taxes. Budget Chairman Cody Smith, R-Carthage, is in favor of keeping a larger amount, as well as not limiting it by income.

A record state budget, thanks to strong state tax collections and federal pandemic aid, has pushed lawmakers to consider tax breaks. Both the chambers have until May 13 to agree on the legislation.

Similar Plans From Other States

Apart from Missouri, many other states have also come up with proposals to provide stimulus money to their residents as inflation touches new highs. Hawaii, for instance, has proposed a rebate program that would provide $300 to taxpayers earning less than $100,000 per year. Those with an income more than $100,000 annually will get $100.

Pennsylvania is also working on a plan to give $2,000 to families with incomes of $80,000 or less. Separately, lawmakers in Maine recently approved a budget that includes sending $850 stimulus checks to about 858,000 residents. Similarly, residents of New Mexico can expect to get cash rebates of between $500 and $1,000.