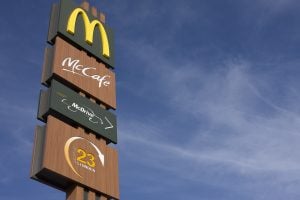 After shutting down more than 800 restaurants in response to Russia’s invasion of Ukraine, McDonald’s Corp (NYSE:MCD) has decided to leave the country by selling all its restaurants. The fast-food monster, however, is committed to making sure employees can work for the potential buyer.

As reported by CNN Business, the company said the “humanitarian crisis caused by the war in Ukraine, and the precipitating unpredictable operating environment, have led McDonald’s to conclude that continued ownership of the business in Russia is no longer tenable, nor is it consistent with McDonald’s values.”

The more than 60,000 employees are expected to be paid until a purchase is finalized, and McDonald’s will make sure they can work for the new owner.

CEO Chris Kempczinski said the decision of ceasing operations in Russia was very difficult, but added that “we have a commitment to our global community and must remain steadfast in our values. And our commitment to our values means that we can no longer keep the Arches shining there.”

During the Glasnost period, McDonald’s opened its first restaurant in Moscow on January 31, 1990, with crowds flocking in to have a taste of the famous burgers. The opening represented the country’s intent to unlock the outside world for millions of Russians.

Darra Goldstein, a Russia expert at Williams College, said, “There was a really visible crack in the Iron Curtain. It was very symbolic about the changes that were taking place.”

Neil Saunders, managing director of GlobalData said in a note Monday that McDonald’s exit “represents a new isolationism in Russia, which must now look inward for investment and consumer brand development.”

Saunders added that since McDonald’s owns almost all of its restaurants in Russia “means there is an asset-rich business to sell.”

“However, given the circumstances of the sale, the financial challenges faced by potential Russian buyers, and the fact that McDonald’s will not license its brand name or identity, it is unlikely the sale price will be anywhere near the pre-invasion book value of the business.”