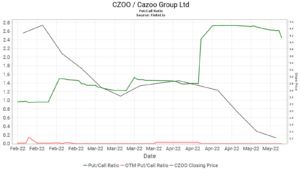 British online car retailer Cazoo Group Ltd (NYSE:CZOO), which went public in August with a $7 billion enterprise value via a special purpose acquisition company, now sits near the top of Fintel’s the United States Short Squeeze Screener and Leaderboard after falling 85% from its debut price.

The company said when it unveiled the SPAC acquisition that when the initial transaction was announced, there were financial projections provided in the slide presentation that included financial forecasts through to 2024. We have included the unit sales, revenue and profit forecasts from the slide deck below: 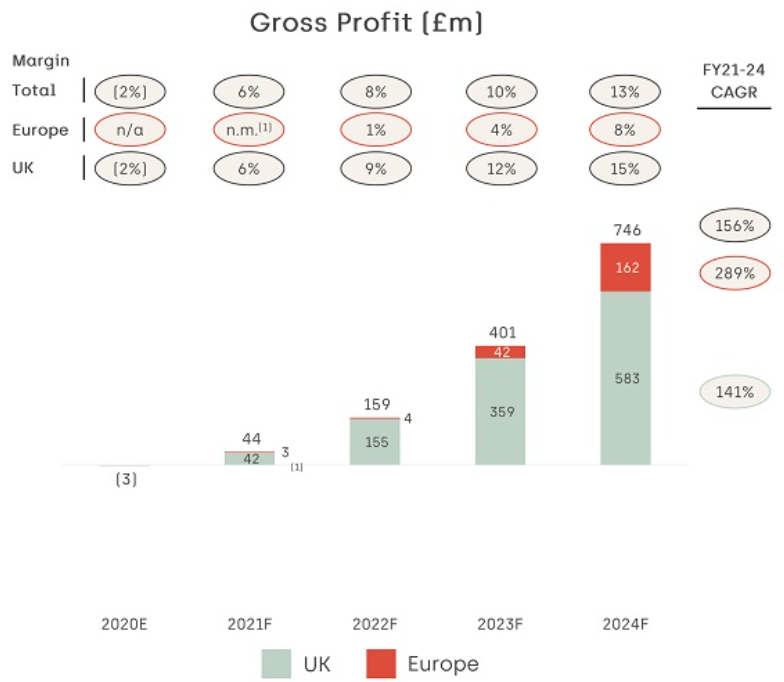 We decided to look at the last two reported results when looking at recent financial performance. On April 7, Cazoo reported full year results with group sales of £668 million, growing from £162 million in the prior year. Sales came in below the original  £698 million company estimate provided. Cazoo’s loss increased; however, investors realize the company is still spending to reach scale.

Following the F.Y. result, a few institutional brokers released rating changes. BofA downgraded its rating to ‘neutral’ from ‘buy’ while cutting its target to $3.50 from $6.50. UBS initiated ‘neutral’ on the stock with a target of $2.60 and JP Morgan also with a ‘neutral’ rating after the results posted.

On May 3, CZOO provided another market update when releasing Q1 results. First quarter sales grew to £295 million, up from £114 million in the corresponding period. Vehicle sales increased to 19,713 and doubled from 9,762 in the first quarter of 2021.

Cazoo’s sales growth has slowed more than management expected, and the company could be looking to make additional bolt-on acquisitions to accelerate momentum against a backdrop of rising rates and expected slowing economic activity.

But for now, it’s all about the selling as Cazoo Group rose 334 spots this week and currently sits in 22nd position on Fintel’s U.S. Short Squeeze Leaderboard with a 94.66 score. According to the New York Stock Exchange, we also note that just shy of 10% of Cazoo’s float is shorted.

Fintel calculates The Short Squeeze Score using a combination of short interest, float, short borrow fee rates, and other metrics. It identifies companies at the highest risk of experiencing a short squeeze. The number ranges from 0 to 100, with higher numbers indicating a higher risk of a short squeeze relative to its peers and 50 being the average.

We included a chart below that shows the fails to deliver data over the last year and the short covering rallies that correlate with them. 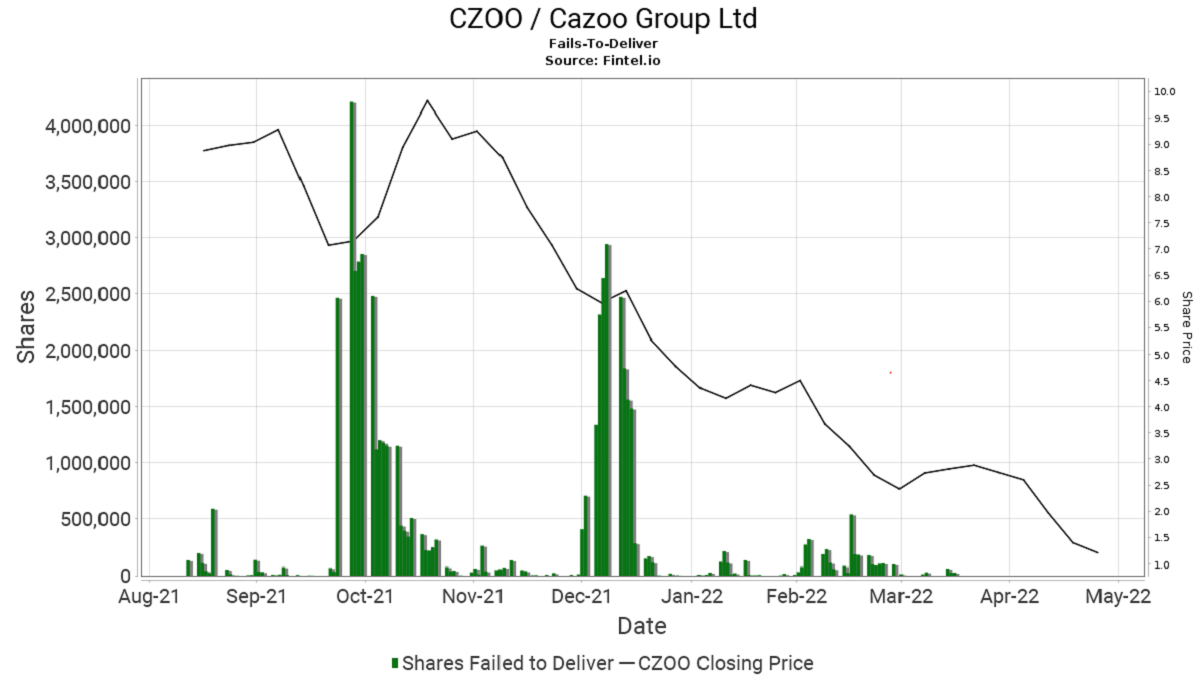 We included a chart below that shows how sentiment has turned from bullish to bearish over the past three months: 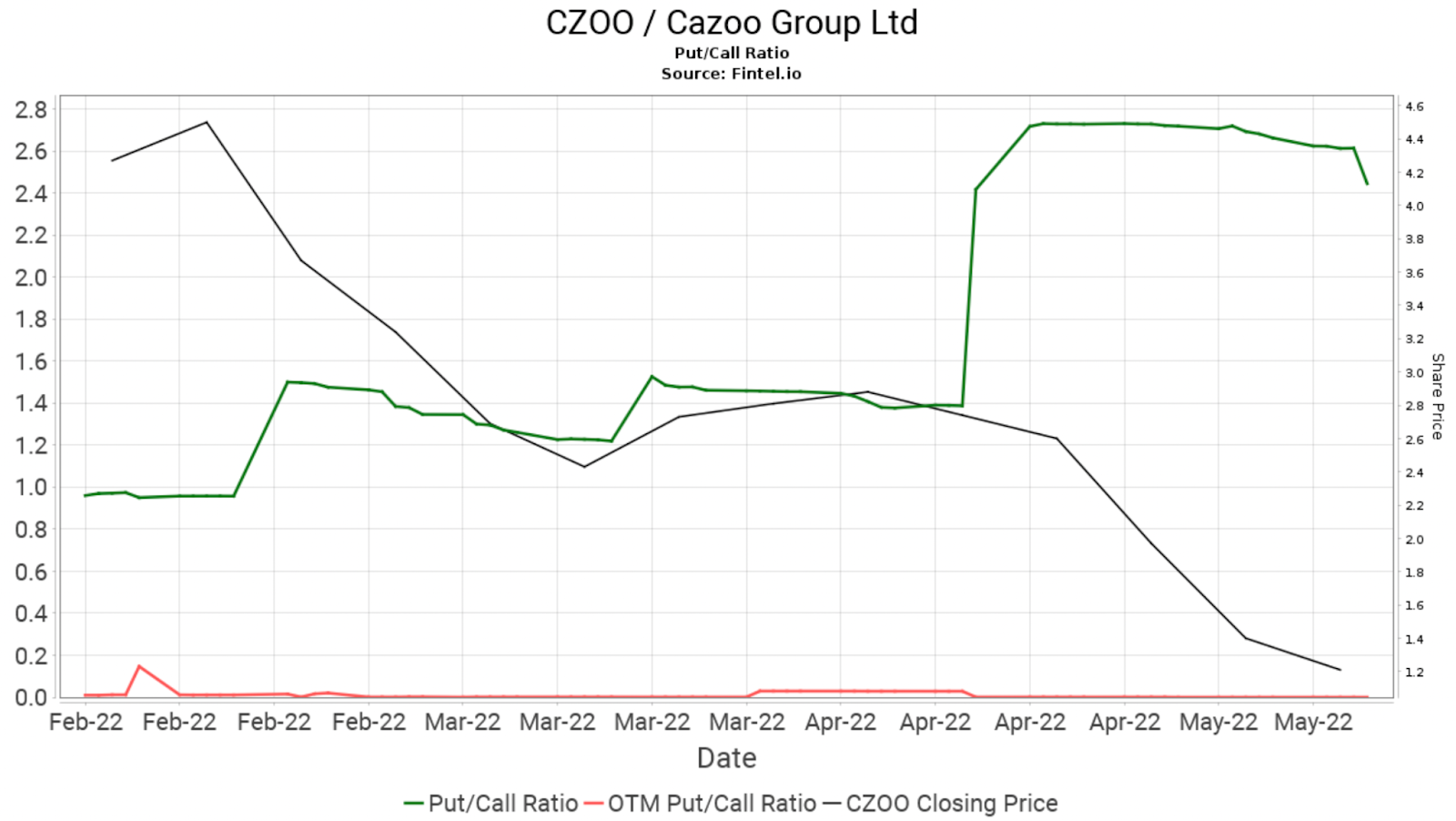 Wall Street consensus estimates rate the shares a hold and generate a target price near $3, implying a 108% upside.

Cazoo is scheduled to release Q2 results around Sept. 27.