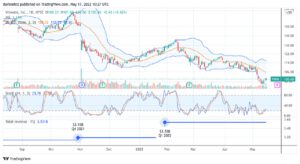 VMware, Inc. (NYSE:VMW) presents an attractive opportunity to take a risk on a company that’s helping others to migrate to cloud environments. The firm’s strong revenue growth and margins make it popular with investors despite being down -14.98% YTD. The company is also trading -28.43% below the MarketBeat consensus price target. When one considers that ETFs that track the cloud market such as Wisdom Tree Cloud Computing are down by as much as -43.47% YTD then this makes VMware look better by comparison.

Some of the biggest news of the year in 2021 for the stock was Dell’s completion of its VMware spin-off. Its completion was done through a special dividend of 30,678,605 shares of VMware Class A Common Stock and 307,221,836 shares of VMware Class B Common Stock distributed to Dell’s stockholders. VMware shareholders were also compensated with an $11.5 special cash dividend, which included Dell Technologies. Despite the dividend, VMware holders still underperformed the market the same year, with the S&P 500 gaining 26.9% and VMware recording a 20% loss. The sell-off in the company’s stock could be partially contributed to the sector rotation out of technology stocks which started late in 2021, which is when the company recorded its steepest losses.

The company’s performance YTD has been in line with expectations for the stock. VMware grew its total top line by 9% YoY, while its operating segments in subscription & SaaS revenue grew by 24%, which was above the guidance given in the previous quarters. This operating segment now accounts for 25% of the company’s total revenue, which is up from 22% in the previous year. Another win for the company was that it continues to beat guidance estimates for its free cash flow for each FY. In FY21 it ended on $4B in FCF, beating its $3.75B estimates, and so far in FY22, it’s holding its $4B in FCF while its guidance was lowered to $3.50B.

Although the cloud computing industry is intensely competitive, VMware has carved out a strong moat for itself to help differentiate the company from its competitors. The company is doing so through multi-cloud environments, which allow customers to maximize efficiency and cost savings without making compromises when it comes to security. The result is that VMware offers a ‘full-stack solution’ for its customers, which simplifies multiple services into one platform.

VMware also has another advantage over its peers, which rivals that of key players in the market such as Microsoft and Oracle. Its most popular offering is vSphere, which has the highest market share out of any server virtualization software today. This gives the company significant growth opportunities and is able to support large, blue-chip organizations on a cheaper cost basis due to its economies of scale.

VMware’s Downsides Despite Its Successful Spin-Off

The company is investing heavily into keeping its position as one of the leaders in the multi-cloud computing space, which has its drawbacks. The company expects its operating margin to decline in FY23 to 28%, which is down from 32.2% in FY21. A reduction in the company’s margins has also seen its normalized EPS take a hit, as it currently stands at $4.31 YTD, while it was trading as high as $15.11 in FY20 only two years prior.

Due to the contraction in VMware’s margins to fuel future growth, the sector rotation out of tech stocks, and a sell-off in the stock market in general, the company is experiencing some problems with its technicals. The stock is now no longer oversold on the stochastics, which gave the stock a brief recovery, but the stock’s momentum is very much still skewed to the downside. We can therefore expect that the stock will continue to trade in its lower ranges until the market as a whole either capitulates and finds the bottom, or recovers as the macroeconomic backdrop gradually improves. 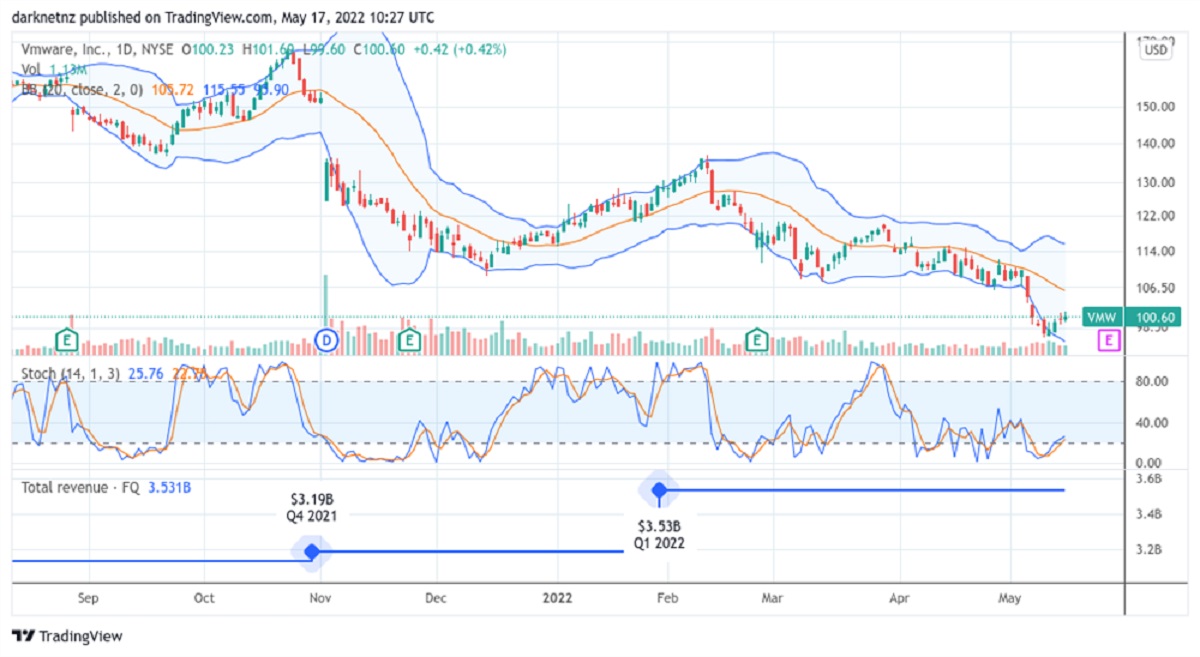 Before you consider VMware, you’ll want to hear this.

MarketBeat keeps track of Wall Street’s top-rated and best performing research analysts and the stocks they recommend to their clients on a daily basis. MarketBeat has identified the five stocks that top analysts are quietly whispering to their clients to buy now before the broader market catches on… and VMware wasn’t on the list.

While VMware currently has a “Buy” rating among analysts, top-rated analysts believe these five stocks are better buys.