These Are The Highest Paying Jobs In Every State 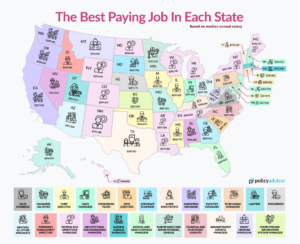 New research has compiled the highest paid job in every US state.

The analysis, by insurance broker PolicyAdvisor.com studied data from the U.S. Bureau of Labor Statistics to find the occupations in each state with the highest median annual salary.

It found that in 11 of the 50 states the highest paid jobs is in the healthcare industry, most notably Florida with medical and health services managers getting paid a median of $207,960 a year. Family medicine physicians in West Virginia also take home $207,860 a year and podiatrists in Nebraska take home $207,770 annually. 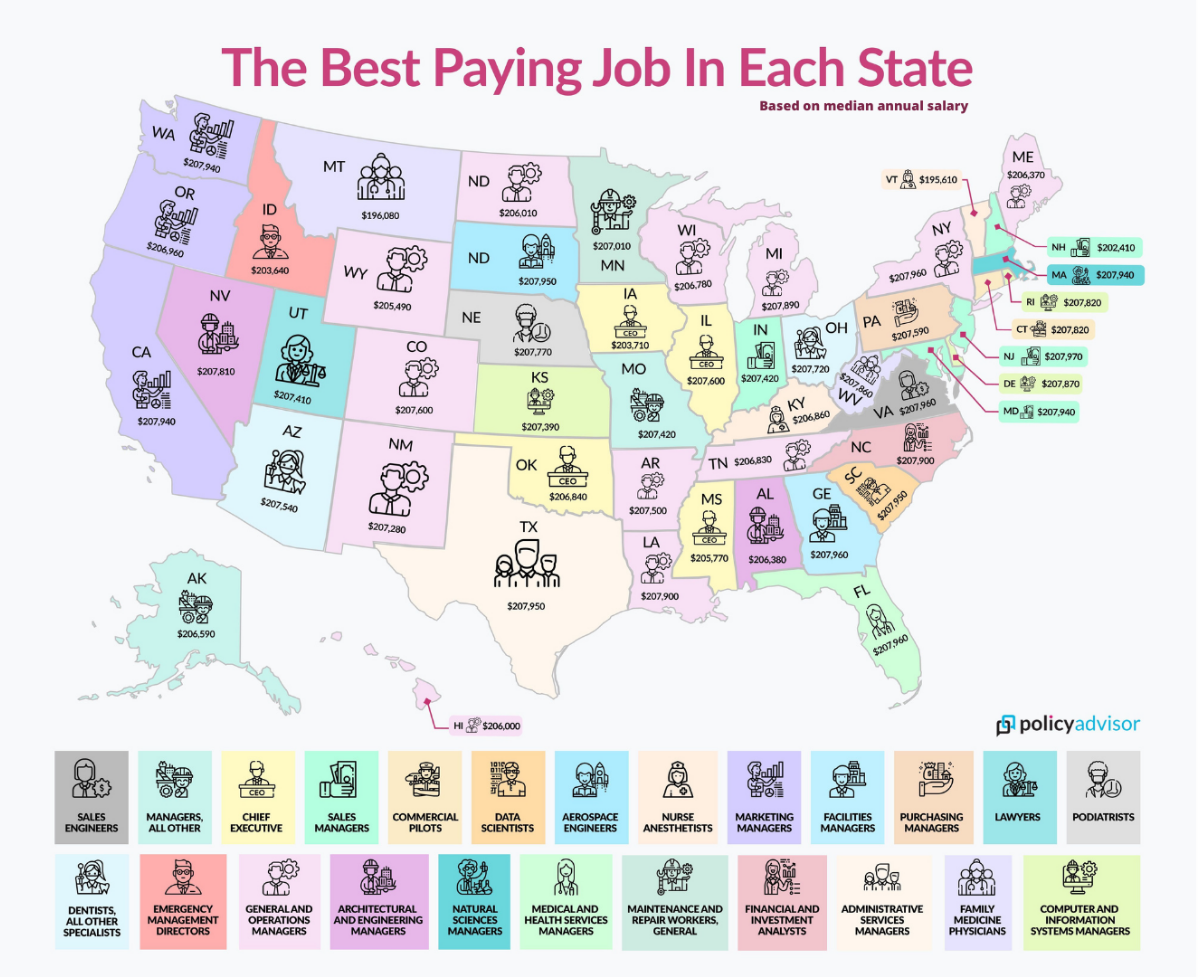 The Highest Paying Jobs In Every State

In Delaware, Rhode Island, and Kansas, computer and information systems managers had the highest paid jobs.

When looking at all 50 states, Vermont, Montana, and New Hampshire had the lowest-paid top occupations on the list. Nurse anaesthetists in Vermont took home $195,610 a year, family medicine physicians in Montana took home $196,080 and sales managers in computer systems design took home roughly $202,410 in New Hampshire.

Commenting on the findings, a spokesperson from PolicyAdvisor said: “It’s interesting to see the variety of job titles as well as industries that feature in the list, ranging all the way from dentists to pilots. It demonstrates that there are lucrative career paths in many different fields, and it’s not just areas such as finance and tech where people can earn good money.”

The study was conducted by PolicyAdvisor, a digital-first life insurance broker, using technology to make insurance simple, quick, and online.