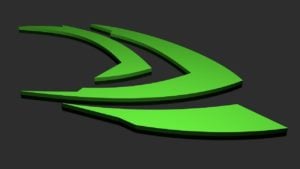 NVIDIA Underperforms Even Against Competitors

Why Nvidia is Struggling

Nvidia is probably most commonly known as a manufacturer of graphics processing units (GPUs) that make PC video gaming possible. Unfortunately, a decline in prices for these products could present a near-term risk to one of Nvidia’s biggest revenue sources. As a matter of fact, gaming remains the largest segment for the company. Last year, alone, Nvidia’s gaming revenue grew by 61% year-over-year, to $12.4 billion.

But while the overall growth in this segment is excellent, declining sale prices could put a damper on things. During the pandemic, a microchip shortage shot selling prices for items like upgraded GPUs through the roof. Indeed, prices for both Nvidia’s GeForce RTX 30 series and also the Radeon RX 6000 series from Advanced Micro Devices had been on an upward trend throughout all of last year. Since the start of 2022, however, GPU prices started to drop.

In addition to this, two major global events have created major obstacles for various industries and including chip makers like Nvidia. For example, China’s largest chipmaker, Semiconductor Manufacturing International Co (SMIC) has warned of a massive drop in both smartphones and personal computers. Primarily, SMIC CEO Zhao Haijun notes that COVID lockdowns across China and also the Russian invasion of Ukraine have destroyed demand for approximately 200 million smartphone units.

While SMIC and Nvidia are two separate companies (operating in two different countries), SMIC’s struggles could easily spell out an equally difficult fate for Nvidia. Indeed, there is a chance that SMIC could be just a microcosm in China for what could become a much larger complication in the global market.

This Cloud Has a Silver Lining

Finally, some analysts have noted that Nvidia stock is trading at a somewhat attractive price-to-earnings ratio of 31.5. More importantly, perhaps, some analysts also expect Nvidia to grow its earnings at a 30% compound annual rate across the next half a decade.

On top of this, the market anticipates that Nvidia will deliver a YOY increase in earnings on notably higher revenues when it releases its Q1 2022 earnings report. With the first quarter ending in April, Nvidia is expected to release its new earnings report on May 25, 2022. If the key numbers in the report are better than analysts expected, the stock could see a bump in value. Of course, that also means the stock could slip even further if the numbers fail to meet expectations.

That said, analysts do expect the gaming and artificial intelligence graphics chip maker will post quarterly earnings upwards of $1.30 per share in that coming report. This incline represents a positive YOY change of 41.3%. Similarly, revenue is expected to reach $8.12 billion, which would be a YOY increase of 43.4% on the quarter.

All this in mind, analysts are a bit cautious about Nvidia stock for the time being. For those who may be interested in acquiring a few shares, it may be best to wait til the end of the month, after the release of their earnings report, to be certain it will move favorably towards the end of the year.

NVIDIA is a part of the Entrepreneur Index, which tracks some of the largest publicly traded companies founded and run by entrepreneurs.

Before you consider NVIDIA, you’ll want to hear this.

MarketBeat keeps track of Wall Street’s top-rated and best performing research analysts and the stocks they recommend to their clients on a daily basis. MarketBeat has identified the five stocks that top analysts are quietly whispering to their clients to buy now before the broader market catches on… and NVIDIA wasn’t on the list.

While NVIDIA currently has a “Buy” rating among analysts, top-rated analysts believe these five stocks are better buys.