By Due. Originally published at ValueWalk. 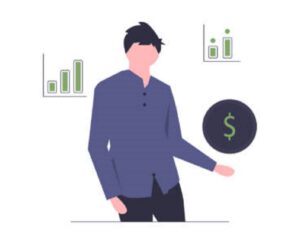 Don’t let the title deceive you. Ryan Graves didn’t build his wealth through a ride-sharing side hustle. Rather, it was a tweet.

Let’s go all the back to January 5, 2010. At the time Uber was less than a year old. And, then CEO Travis Kalanick tweeted: “Looking 4 entrepreneurial product mgr/biz-dev killer 4 a location based service.. pre-launch, BIG equity, big peeps involved—ANY TIPS??”

When he got the job, Graves was a manager in a management training program in information technology at General Electric. But, that was all about to quickly change. Thanks to that tweet, Ryan Graves became the first Uber employee on March 1, 2010.

“I was hitting Craigslist, Twitter, and other channels looking for the right candidate,” Kalanick documented in a blog post from 2010 about Uber’s founding. “What resulted was the Awesomest job post and response I’ve ever seen.”

Obviously, Uber went on to become, well, an ubersuccessful company. Sure, there have been ebbs and flows. As of April 2022, Uber’s market cap is $63.41 billion. As a result, Uber is the 242nd most valuable company in the world based on market cap.

Because of his equity in the company, within five years of joing the company, Graves became a billionaire. In 2016, Graves was listed as the 12th richest entrepreneur under 40. In 2021, his wealth was estimated at $2.1 billion, according to Forbes. While he may no longer be a billionaire. Ryan Graves is still a multimillionarie because he went out on a limb and sent a tweet.

From Working for Free to $1.58 Billion

Graves’ work history prior to Uber including a position as a database administrator at General Electric and a brief stint at Foursquare in business development. Foursquare initially refused to hire him, but he got the gig through free work.

Graves, who was contacted by Kalanick after that iconic initial tweet, is considered Uber’s first employee. In contrast to Kalanick’s aggressive personality, Graves was known as the “Mr. Nice Guy” while at Uber. His colleagues, both inside the company and in broader tech communities, thought highly of him.

Early investor in Uber, Chris Sacca and longtime friend praised Graves in several tweets following the news of his resignation in 2017.

Graves, wrote Sacca, is “the director most consistently respected by the others and is great at building consensus.”

Graves, according to Kalanick, “hit the ground running,” as soon as he joined Uber. “From the day he got going, we spent about 15-20 hours a week working together going over product, driver on-boarding, pricing model, the whole nine. He learned the startup game fast and worked his a– off to build the Uber team and make the San Francisco launch and subsequent growth a huge success,” Kalanick wrote in the aforementioned 2010 blog post.

At Uber, Graves was the CEO for almost a year and the senior vice president of global operations for almost seven years. It’s been said that Graves was essential to defining Uber’s core values, like its “super pumpedness,” and its entry into international markets.

However, it wasn’t always smooth sailing.

Graves resigned from Uber in August 2017 – two months after Kalanick was forced to resign when an investigation into Uber’s culture turned up evidence of sexual harassment and mistreatment. Further, Graves knew about “greyballing,” a method Uber employed to evade regulators worldwide, according to The New York Times.

Even though Graves resigned from Uber in 2017, he remained on the board of directors. Moreover, he was one of the executives who was said to have lead the company while there wasn’t a CEO. And, he also oversaw UberEverything — this includes UberEats and UberRUSH).

In 2019, Graves left Uber after Uber named Dara Khosrowshahi as its new CEO. But, he’s still been grinding.

In 2017, he founded Saltwater Captial. He still serves as the CEO and the private investment company has invested in companies like Calm and Equator Coffees & Teas.

In February 2021, it was announced that Graves would invest $50 million in car insurance start-up Metromile both personally and through Saltwater. Graves will also sit on the board of directors along with Mark Cuban and other institutional investors.

In October 2021, Variety reported that actor Kelley Dauten would be portraying Graves in the Showtime anthology series “Super Pumped.”

By saving your money as soon as possible, you can take advantage of compounding and become a millionaire. You will earn more interest if you begin saving at an early age. This will also give you the opportunity to earn more money from your interest earning.

Your goal should be to save at least 15% of your income. Getting financial advice from a professional and cutting down on unnecessary spending will also help you reach your million-dollar goal. Getting a second job or upgrading your skills are two options you should consider if you are able to do so.

“With condolences to those with grad school debt, an advanced degree does improve your chances of higher lifetime income, but it doesn’t necessarily improve your chances of joining the millionaires’ club,” writes the editors of Kiplinger’s Personal Finance. According to “The Millionaire Next Door,” only 18% of those with a net worth of $1 million or more hold a master’s degree, while 8% have law degrees and 6% went to medical school.

According to an analysis by Spectrem Group, a consulting firm specializing in wealth research and management, 74% of millionaires hold an undergraduate degree. For billionaires, that number is 70.1%, based on the 2015 Wealth-X census.

“Don’t get us wrong: Many graduate degrees are worth the effort,” they adds. “The median annual salary of someone with a professional degree is $98,436 a year, according to the U.S. Bureau of Labor Statistics, versus $67,860 for the typical four-year college graduate. A high school grad earns just $40,612 annually.”

To become a millionaire, you will need to invest different amounts depending on your life stage. Because you have more time to accumulate wealth and can tolerate more risk when you’re younger, you can afford to sock away less money or make riskier investments.

On the flip side, as you get older, you will need to put away more money each month if you delay saving.

The chances of you becoming rich by doing nothing are slim. There are exceptions, though. These include you coming from a wealth family, wining the lottery, or are about to patent the next great invention. Or, you could leap on an opportunity like Graves.

Though Graves’ story may seem like a Silicon Valley fairy tale, it is not entirely unique. Adam Lyons, 25, the founder of The Zebra car insurance company, guessed Mark Cuban’s email address, shot him an email and got a deal from the billionaire star of ABC’s “Shark Tank.” Similarly, Elon Musk suggested that a Reddit user “should interview at Tesla” for an analysis he posted on his self-driving vehicle technology.

Generally, in order to reach your goal of becoming a millionaire, discipline, a plan, and good advice from a professional is necessary.

Article by John Rampton, Due

John Rampton is an entrepreneur and connector. When he was 23 years old while attending the University of Utah he was hurt in a construction accident. His leg was snapped in half. He was told by 13 doctors he would never walk again. Over the next 12 months he had several surgeries, stem cell injections and learned how to walk again. During this time he studied and mastered how to make money work for you, not against you. He has since taught thousands through books, courses and written over 5000 articles online about finance, entrepreneurship and productivity. He has been recognized as the Top Online Influencers in the World by Entrepreneur Magazine, Finance Expert by Time and Annuity Expert by Nasdaq. He is the Founder and CEO of Due.