Rapid7: Could Be Profitable In FY 2022 Despite Bear Market 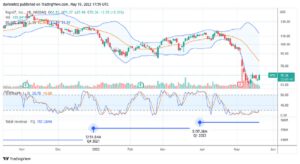 Rapid7, Inc. (NASDAQ:RPD), unlike most of its competitors in the cloud security space, has the very real possibility of turning a profit this year, which probably comes as a great surprise to many investors given the macro backdrop. The business has high APR growth a surging top line, and quality recurring revenues.

Rapid7 had a solid quarter last year. This business recorded a 38% YoY growth, with 92% of its revenues coming from existing customers. A major positive for the stock is the fact that security threats will always be a persistent problem for organizations of any size. Plus, according to Govtech, cyberattacks tend to increase during times of chaos and uncertainty. With the war in Ukraine in full swing and a looming recession, there is perhaps more uncertainty than any other period in most of our lifetimes.

Rapid7 has a unique competitive advantage over other cloud providers in the market. It works to unify multiple clouds into one platform, which helps IT and security experts stop being breached through phishing and malware attacks, as well as other attack vectors.

The two segments that Rapid7 considers itself to be in are threat detection & response as well as cloud security. From a top-down perspective, these segments have a $29bn dollar total addressable market, and from a top-up perspective, this number swells to $37 billion. These segments are also profitable for the company, as its non-GAAP operating margin has maintained itself at 2% and is scaling with total revenue from the company.

One disadvantage that the business has is that it’s not ultimately profitable, but it is not losing money at an alarming rate either. The business was losing $55.5M per year in 2018 to $146.33M in 2021. Despite the company’s losses, management issued the following guidance which shows that the company expects it will break even this year. It expects FCF to be between $40M and $45M by the end of December at the latest.

Rapid7 is currently down -40.95% to date and is significantly below the MarketBeat consensus price target of $128. Keep in mind that technology stocks have been severely discounted and some may view the cheap prices as an opportunity to pick up stocks at a bargain.

The Disadvantages and Risks of Rapid7

Despite making good headway towards its ultimate goal of profitability, there are some apparent downsides to the stock that should not be cast aside. The company’s guidance was made before the sell-off in the stock market and crucially before the sector rotation out of technology stocks. However, the company has consistently beat analysts’ earnings estimates and their own guidance numbers, which gives credit to its estimations.

Another disadvantage that was given in the company’s most recent 10K report is that it is facing an increasing amount of price competition in the cloud space. Competitors such as Cloudflare that offer a freemium model are reportedly cutting into the businesses’ turf and are stealing market share. If the business is unable to differentiate its offerings then this is a trend that is looked to continue into the future.

Rapid7 has been significantly sold off along with the rest of the market. The market has been particularly unfair to technology companies as most of this market sector is down by 50% or more. In Rapid7’s case, the stock has only started to be given some breathing room as it begins its consolidation stage. As the market moves lower, it’s expected that the violent sell-off in the stock will see tech stocks reach new lows, and it could be months or even years before they regain the value that they lost prior to the sector rotation.

Over the short term, the stock is expected to trade sideways. One concerning aspect of the stock is that there is significantly more volume on the red candles than the green. This suggests very motivated selling on behalf of the bears, while the bulls are unable to catch a break. This selling pressure will make it difficult for the stock to recover in the near future. 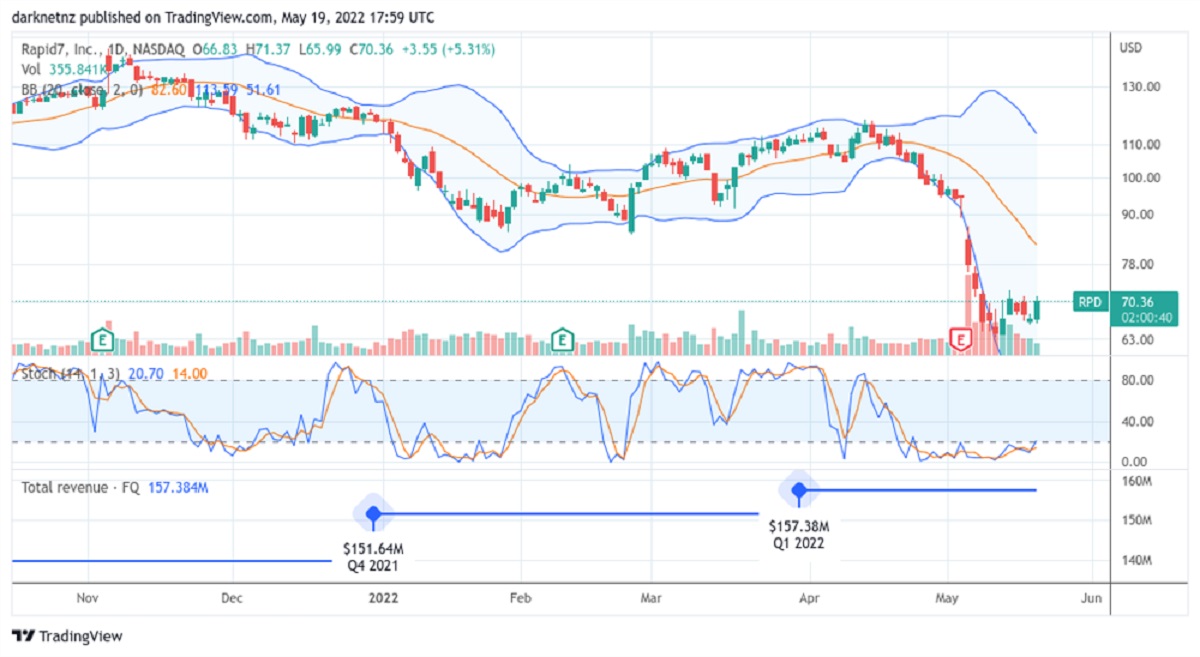 Before you consider Rapid7, you’ll want to hear this.

MarketBeat keeps track of Wall Street’s top-rated and best performing research analysts and the stocks they recommend to their clients on a daily basis. MarketBeat has identified the five stocks that top analysts are quietly whispering to their clients to buy now before the broader market catches on… and Rapid7 wasn’t on the list.

While Rapid7 currently has a “Buy” rating among analysts, top-rated analysts believe these five stocks are better buys.