The latest issue of ‘The Globe’, Eurizon’s publication describing the Company’s investment view. In this issue, a focus is dedicated to “at what point is the revision of consensus?”

The overall picture is marred by a complex intertwining of themes that act restrictively on the global economy.

US inflation has probably peaked, but the decline will be slow and non-linear, as proven by April data, still stronger than expected. Price tensions will also be kept in place by the new lockdowns enforced in China and by persistently high commodity prices due to the war.

In May, the Federal Reserve hiked rates by 50bps, announcing its intention to do the same at its June and July meetings. Fed Funds futures are pricing in a peak of near-term rates at 3% in a year’s time. For what concerns the ECB, the market is pricing in a start to the rate hike cycle between June and July, with expectations for higher rates by 120bps in total in the next year.

Economic data, in the US as also in Europe, confirm that the recovery is on track, still supported by post-Covidreopenings, although the tightening of monetary conditions observed over the past few weeks will probably start to become visible in data between the spring and the summer.

Despite the indications of a macroeconomic slowdown, however, investors could find reassurance in confirmation of the inflation peak being overcome, in the drop of commodity prices, or in the easing of the wave of Covidinfections in China.

The baseline scenario is marred by persistently high commodity prices and the Fed’s policy tightening, a combination that creates uncertainty on the length of the economic cycle. Duration positions have been stepped up, confirming a neutral view on risk assets. 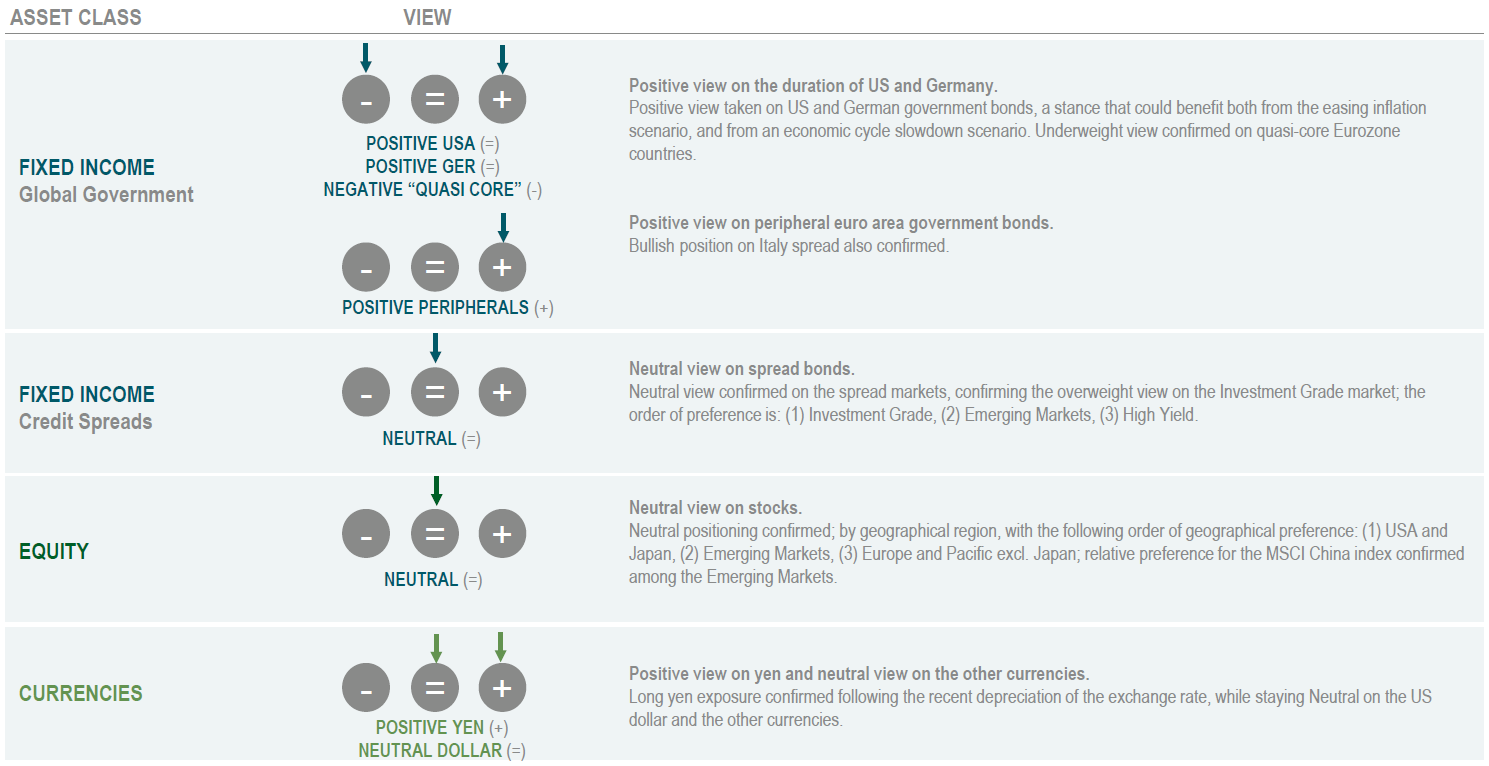 Government rates dipping back down after rising swiftly in March and April, reflecting the concerns over global growth that havebeen affecting the stock markets since the beginning of the year. Spreads widening, especially on the credit markets. Widespread strengthening of the dollar, to 1.04 against the euro.

Theme Of The Month: At What Point Is The Revision Of Consensus? 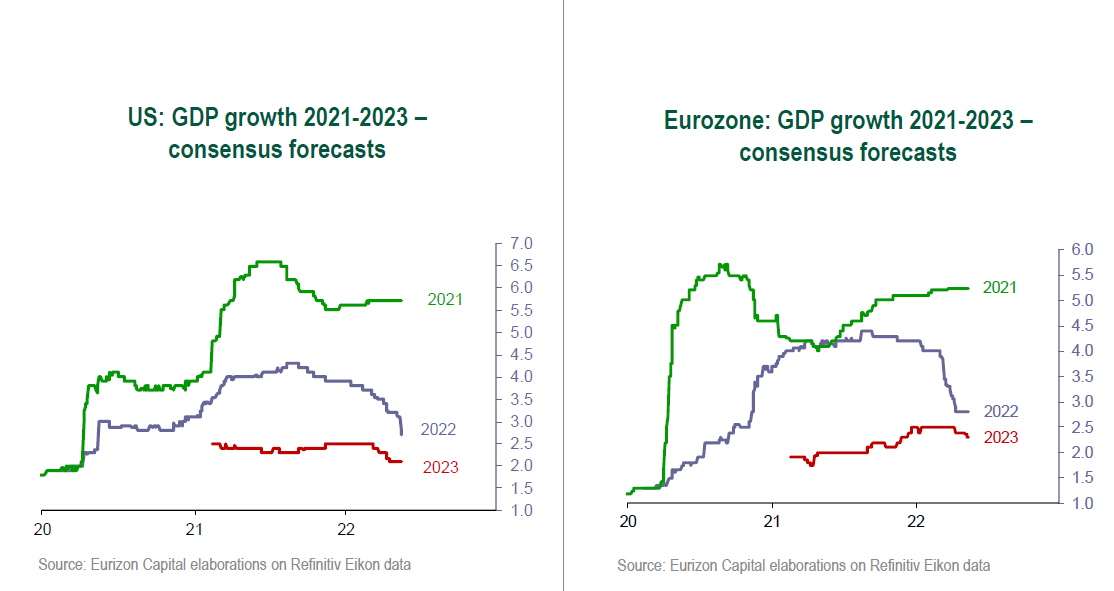 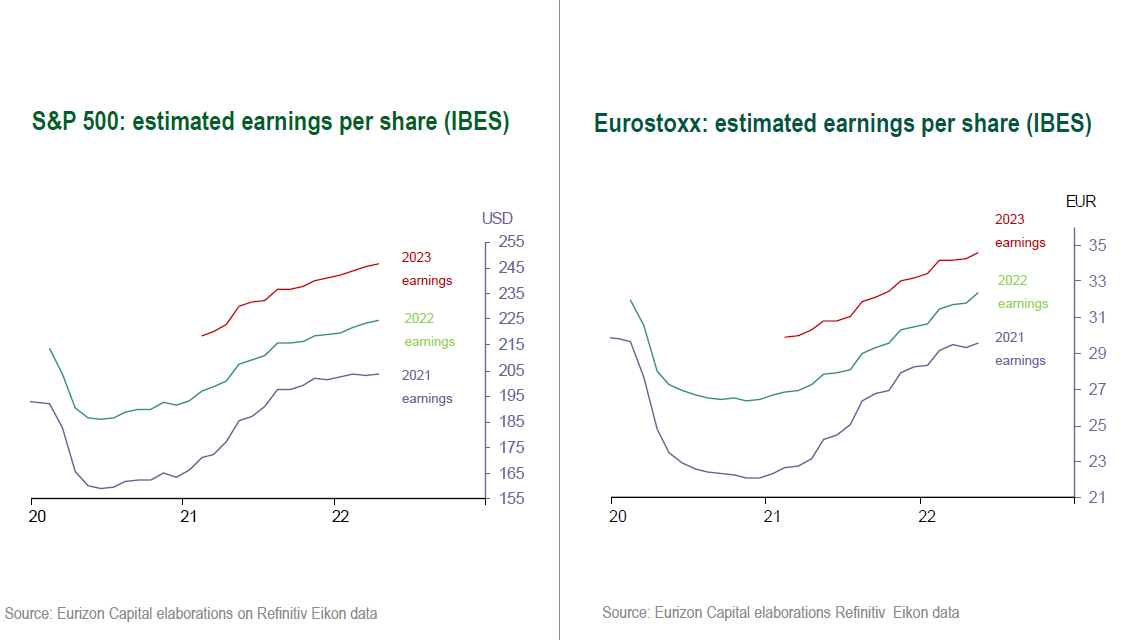