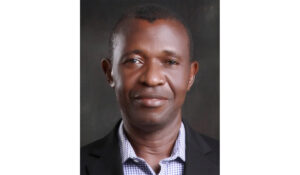 Over the past year since the duration of the pandemic, a lot of things about the world had started to change, especially the world of media.

Journalism has been affected a lot in the past year. With news about COVID-19 coming in from all places, it became an immense responsibility for journalists to figure out how to relay the news to the general public.

The change that came about from this experience was one that only future journalists were able to comprehend, and only the best of them were able to execute them effectively – like Michael Owhoko.

As a highly acclaimed Nigerian journalist, media, and public relations practitioner, Michael Owhoko is one of the few people who know exactly how the world of journalism works. After graduating, he began to take on his career professionally in 1989, where he was recruited as a Staff Reporter at a weekly newspaper. In 1991, he decided to join the Nationwide Merchant Bank. He served in various departments and then moved on to Financial Telegraph on the Energy Desk before proceeding to The Diet.

After that, he made his way to the Daily Times of Nigeria as the Energy Editor of the Business Times, where he spent his days writing about energy-related editorials and contributed to a series of articles and stories that served as a source of research materials for the oil and gas industry.

As his work began to attract the attention of the public, he was reached out by the Managing Director of Gaslink Nigeria Limited, who invited him to join the company as the Head of the Public Relations Department. He agreed in 2001 and began to work at the management level and as the organization’s spokesman who held responsibility for media, community, government, and public relations matters. Additionally, he also contributed to the commissioning and completion of the Ikeja 1B Gas Distribution Project, where he was even awarded a certificate of merit in 2002.

Moreover, Owhoko was also appointed to the Council of Nigerian Gas Association (NGA), an International Gas Union (IGU) affiliate, as a Publicity Secretary. During his tenure, he began the publication of a bi-annual gas journal, the Nigerian Gas, and was the pioneer editor of the magazine. In 2018 and 2020, he was appointed by the association to a three-person electoral committee to conduct the credible election of officers into the association’s council.

As someone who has spent many years in the media world, learning the ins and outs of journalism, no one better than him can offer you the insight you need to learn about the lessons journalists are incorporating into their work.

The CNN and New York Times gigs do not come overnight. Some of the most beginner journalism jobs can be found in most small towns and at small publications. So be prepared to start out small.

However, the advantage of starting out small is that you have the opportunity to try many different things – and as with anything, the ideal way to become a great journalist is to simply go ahead and do it. Consider contacting your local newspaper about internship or freelance opportunities. There might be cases where you will be doing some unpaid gigs, but they can go a long way in helping you build your portfolio.

This is a known fact, but it has become more crucial than ever before. Journalists need to become even more careful about when it is the right time to pitch a story or make any public announcements, especially when the whole world is dealing with a crisis.

With new information popping up about the pandemic every day, any other news can significantly cause social unrest, causing newsrooms and staff to be stretched thin with all of their hands on deck to control the situation. Additionally, any new product or event news might be ignored and seen as insensitive during such a crisis. Hence, reading the room allows you to take the time to see how likely are people willing to see the news and if the news will deliver the results you were hoping for when released to the public.

Pitching Stories With a Broader Impact

The only way your news will impact a broader audience is if it is community-serving. Focus on ideas that have an immense impact on a larger population instead of a narrow topic that only benefits your company. Start looking for innovation and solutions that are centered around helping the community and the general public.

Working With The Right Tools

From video to slide shows and databases to interactive graphics, journalists around the world have to work on all diverse ranges of media.

As such, there are many tools already available for one person to become an expert at anything they try their hand at. For that, you will need some working knowledge of the capabilities you have to develop other skills. Plus, it is also essential to surround yourself with people similar to yourself with whom you can share your knowledge and skills in the field. And since there are various areas of expertise, joining a society or a group can help you meet up with professionals who are experts in their own journalism area who might be willing to share valuable information with you.

Knowing Your Way Around City Hall

When it comes to working on any topic in journalism, you are bound to have your fair share of meeting up with the police, courts, and various government agencies.

When you are starting out, you will have some trouble navigating your way around the ins and outs of the Electoral College, but over time, you will learn to know the basics.