Starbucks To Leave Russia For Good After 15 Years 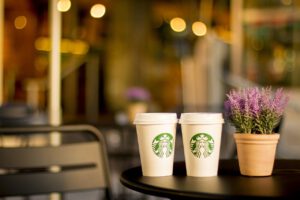 After halting product shipments and pausing operations in Russia, Starbucks Corporation (NASDAQ:SBUX) has announced it will leave the country. The news broke via a statement released Monday and arrives one week after McDonald’s Corp (NYSE:MCD) had also said it was fleeing the war-raging nation.

As reported by CNN Business, the coffee company is said to leave Russia for good, shutting down 130 locations after entering the market in 2007.

The statement said Starbucks “has made the decision to exit and no longer have a brand presence in the market.”

Amid employee welfare concerns, the company said it was committed to paying its more than 2,000 employees in the country for six more months, in order to dampen the impact. It also said it would help them relocate to new jobs in other firms.

Following the steps of McDonald’s, Starbucks stopped operations in the country in March as a response to Russia’s invasion of Ukraine.

Back then, CEO Kevon Johnson said, “We condemn the horrific attacks on Ukraine by Russia and our hearts go out to all those affected,” and asserted the company would donate royalties to humanitarian causes.

After ceasing operations and halting product shipments in March, the company did not reveal the impact of these measures in its quarterly earnings report in May.

As revealed by CNBC, the 130 locations in Russia account for 1% of the company’s annual revenue and they are run by a partner under license.

Neither the Russian nor the Ukrainian markets represent a significant global market share for the coffee company, as opposed to McDonald’s —both countries represented 9% of the revenue of the fast-food giant.

McDonald’s had about 850 restaurants in Russia, which were operated by the chain itself. A Siberian franchisee announced it would buy all the locations in the country and operate them under a new brand.