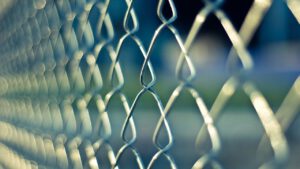 Four United Development Funding (UDF) executives have been sentenced to a combined 20 years in federal prison for fraud, announced U.S. Attorney for the Northern District of Texas Chad E. Meacham.

“UDF executives comingled funds, shuffling money from one fund to another without disclosing their actions to investors or regulators,” U.S. Attorney Chad Meacham said following the verdict. “The Northern District of Texas has always been tenacious in its pursuit of white collar criminals and this case is no exception. We were proud to bring these defendants before a jury and are pleased that the judge saw fit to sentence them to a lengthy prison term.”

“Today’s sentences reaffirm the FBI’s commitment to hold executives accountable for engaging in corporate fraud and defrauding investors. We will continue working with our partners to investigate anyone that attempts to manipulate investment funds for their own personal benefit,” said Matthew DeSarno, Special Agent in Charge of the FBI’s Dallas Field Office. “Our agents, analysts, and forensic accountants dedicated years to ensuring this investigation was done with the utmost precision. It is the reason why these defendants will now spend years in federal prison.”

According to evidence presented at trial, the defendants orchestrated a scheme to mislead investors and the SEC about their funds’ performance.

Founded in 2003 and headquartered in Grapevine, UDF utilized a family of five funds – UDF I, II, III, IV, and V – to invest in various residential real estate developers and private homebuilders.

When developers failed to repay money they borrowed from one fund, triggering multi-million dollar shortfalls, the defendants transferred money out of another fund in order to pay distributions to the original fund’s investors, all without disclosing the transfers to the SEC and the investing public.