Bonus Stimulus Checks: Essential Workers in This State to Get Up to $1,000 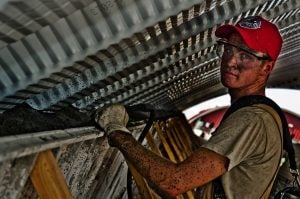 Augusta, Maine will be sending bonus stimulus checks to the city employees who performed their duties during the pandemic. The city will use $163,000 of the $1 million it received from the American Rescue Plan Act (ARPA), which was signed into law by President Joe Biden last year.

The amount of money that the eligible frontline workers will get would depend on the number of hours worked and the job category. For instance, most full-time city workers would get $500 in bonus stimulus checks, while part-time workers would qualify for $250.

“Those employees were all more exposed on a long-term basis, in particular during the first couple months of COVID, when City Center and other offices were shut down,” City Manager Susan Robertson said. “I think they’d be the ones that should benefit the most from the recognition, and that’s why this is broken out the way it is.”

Similar Plans From Other Maine Cities

Other cities are also using their ARPA funds to send bonus stimulus checks to employees. Gardiner, for example, is giving $1,000 to city employees and $2,000 to department heads. To send these stimulus checks, the city will be using around $70,000 of its about $600,000 in ARPA funding.

In December, Waterville city councilors approved using $150,000 in ARPA money to give bonuses to employees. The authorities approved sending $1,000 to full-time employees and $500 to part-time workers.