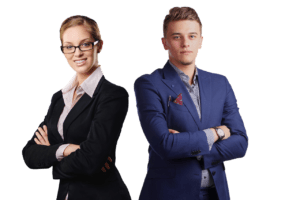 A new report by IG Prime has analysed the correlation between hedge fund performance and female leadership in the UAE, UK, Singapore, Switzerland, and Australia to reveal whether gender has an effect on the growth of assets.

The study has found that, within hedge funds, only 15% of the senior management team members are female. But whilst only a proportion of women occupy these senior positions, what effect does gender have on a hedge funds performance?

February 2022– London: The financial industry has long been dominated by men, whether in banking, insurance, or hedge fund management. Even today, IG’s research showed that worldwide, only 15% of top hedge fund senior management team members are female.

As the industry works towards achieving greater equality, IG Prime wanted to analyse the correlation between fund performance and women in senior teams.  Does female leadership make an impact on the growth of assets, or should we truly be gender-blind when evaluating hires and investments?

A new report by IG Prime, an institutional trading and prime brokerage solutions provider, has looked at performance across five key markets, including the UK, UAE and Australia, to assess whether gender impacts the growth of assets.

Katja Bergman, General Partner and Co-Founder at BRIGHTLY Ventures, noted how her team took many more meetings than their male counterparts, even when other factors like age and team size were equal – “I don’t know if [the difference in volume of meetings] is female-male. We went to the same [investors], and we were in the same structural programs, but we got less than the men.

“The investments we got from private institutional funds were a result of long relationships built over the years, previous track record and a large volume of meetings.”

She did also note that we shouldn’t be focused on gender bias at all; “It’s not all women, it’s not all men, it’s the mixed teams that’s the recipe; those are the ones that excel.“

There is no consistent correlation between female leadership and either positive or negative fund performance – the gender of leaders has no particular effect on the funds performance. This is despite the lower proportions of women in leadership roles across international funds.

When making investments in funds, the focus should be on people’s past performance and intended strategy for the funds. Due to the unique nature of funds it remains a wise decision to tailor each investment decision to each fund.

There was no notable positive or negative correlation between female leadership and performance. Fund managers should therefore make a clear effort to support equality and equal opportunities in the workplace.

The varying strategies in male and female approaches is a good indication to show that decisions should be made based on the individual and how suitable they are for the role regardless of gender.

Worldwide, there is no evidence to suggest gender affects performance of funds short, and long-term. However, the amount of women in leadership positions remains minimal and globally only 14.5% of these roles are held by women.

Singapore had one of the lowest gender equality of all countries – only 7.7% of all senior staff were female. They also presented a negative correlation between female leadership and performance with a decline of -0.17 after three years of female management.

Switzerland had one of the highest proportions of women in leadership roles of all markets – 16.2%. However, there was no significant correlation between the gender of leadership and the performance of the fund. The only significant metric was that of month 1 results, where there was a decline of 0.29 in fund performance.

The UK had one of the highest proportions of female leadership across the research- 16.2%. There was, however, little correlation between female leadership and fund performance short-term. After five years of female management UK funds saw a marginal increase in performance, 0.39, implying that long term it may be a somewhat beneficial decision from a financial perspective to hire women for senior positions.

IG Prime also collected survey data from 250 UK Hedge Fund Traders and portfolio managers aged 21 and over in Q2 2021. The survey primarily found differences in how men and women implement various strategies- female fund managers are more inclined to use an equity-led investment strategy (60%) compared with only 26% of male respondents using this. Women were also much less likely to focus on a macro strategy, at only 18% compared with 33% of men, or one that incorporated cryptocurrencies, where 31% of men were prepared to invest and only 20% of women.

IG is bringing a new focus to its institutional offering by targeting family offices and small hedge funds, utilising the IG’s platform capability, range of markets and depth of liquidity to gain market share in this segment.

IG empowers informed, decisive, adventurous, people to access opportunities in over 17,000 financial markets. With a strong focus on innovation and technology, the company puts client needs at the heart of everything it does.