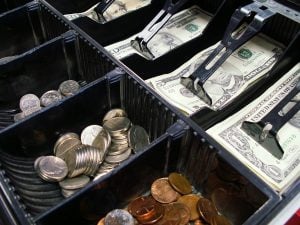 Same-store sales of Best Buy Co Inc (NYSE:BBY) dropped 8% during the first quarter ended April 30, amid lukewarm demand due to high prices. The company lowered its revenue outlook for the year after accruing $10.65 billion against an expectation of $10.41 billion.

Corie Barry, Best Buy’s CEO, said on a call with analysts Tuesday about the softer demand: “That trend has continued into the beginning of Q2 and it does not appear that it will abate in the near-term.”

The adjusted outlook for the year does not mean the company is preparing for a full recession, Barry added.

Proof of this, she said, is the fact that company sales dropped but not as low as Wall Street had estimated. Customers still purchase Best Buy products that have become more significant in their everyday lives, such as consumer electronics.

“The last two years have clearly underscored the importance of tech in people’s lives, so I think it’s important for us to have that as a backdrop,” Barry said.

The company estimates that same-store sales could decline between 3% and 6%, an adjustment to the previous estimate of 1% to 4% drop.

Target Corporation (NYSE:TGT) also missed Wall Street’s earnings expectations due to rising fuel and freight costs, while the demand for discretionary products tailed off among consumers with retailers feeling the brunt.