The Efficient Market Theory Is An Ivory Tower Concoction

By robbennett. Originally published at ValueWalk. 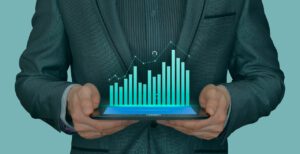 But is there any other field of human endeavor in which the humans do the sensible thing?

Humans really are the rational animal. It’s not at all wrong to note that a good bit of logical thought goes into stock purchase decisions. There are elements of efficiency to the setting of stock prices.

But it seems to me a remarkable leap to imagine that the market is entirely efficient, that stock prices always reflect the information available to investors. This is a theory that has had a great influence on the market. It is because of the belief that the market is efficient that investors are told that they cannot beat the market, that market timing doesn’t work. And it is because most investors don’t view it as imperative to engage in market timing that stock prices have been able to rise to the scary levels where they reside today.

Believing In The Efficient Market Theory

It’s funny. I don’t believe that most of the investors who purport to believe in the Efficient Market Theory truly believe in it. I say that because I have engaged in thousands of conversations with investors about the effect of overvaluation. If the market were efficient, overvaluation couldn’t exist. Very rarely have I heard an investor say that overvaluation does not exist. I have on many occasions heard investors assert that it is not possible to profit from predictions of future prices rooted in observations re stock valuations (I believe that it is possible to profit from such predictions). But that’s not quite the same thing as saying that overvaluation does not exist. Why is it that investors are willing to say the one thing and not the other?

I believe that they are worried that saying that overvaluation does not exist is too radical a claim. It is precisely the claim that should follow from a belief that the market is efficient. But investors are afraid that they will lose credibility (perhaps even in their own eyes) if they stated things that boldly.

It seems safer to say that investors cannot profit from market timing, which they should be able to do, at least on a risk-adjusted basis, if overvaluation is a real phenomenon. Studies have been done showing that valuation-based market timing works in the long run (I played a big role in the completion of one of them). But it’s hard to persuade people that market timing is a good idea when prices are as high as they are today. I have had several people tell me that they agree that market timing used to work but that something fundamental in the workings of the market changed in recent decades so that it no longer does. Color me skeptical re that one.

I view the Efficient Market Theory as a rationalization more than anything else. When stock prices are crazy high, people want to believe that those prices reflect something real. Telling themselves that prices reflect all available information reassures them that investors didn’t just push prices up because they want something for nothing and pushing stock prices up to crazy levels is an easy way to get it.

Mispricing Should Be Taken Seriously

I am living proof that not all information has been available to stock investors in recent years. I have been banned from numerous investing discussion boards and blogs. I have never once violated a posting rule. I am banned because I suggest that mispricing should be taken seriously and that investors are hurting themselves by permitting prices to get so out of control.

I don’t mean to suggest that the banning of my posts alone is such a big deal. But I have seen other people making similar points banned many times. And on many occasions I have seen people who have doubts about price indifferent strategies engage in self-censorship to avoid the embarrassment and banning that is visited on those who have doubts about Buy-and-Hold strategies and give free expression to those doubts.

Prices would certainly not be at the same levels if those who believe that market timing is required expressed those thoughts at every internet site. Those arguments obviously would not persuade all investors. But it is equally obvious that they would persuade some. And that would bring prices down. It seems inarguable to me that, if even one person has been banned from an internet discussion board because he advocated market timing at times of high stock prices that not all relevant information is available to stock investors. So the market is not today efficient.

While I do not believe that market efficiency is a current-day reality, I believe that it should be a future-day aspiration. If we did permit those who believe in market timing to make their case without fear, more investors would sell in response to high prices. That would bring prices down. Stock prices are self-regulating in a world in which the information needed to invest in stocks intelligently really is widely available. That’s not the world that we live in today. But I believe that it is the world that we will live in in the not-too-distant future.