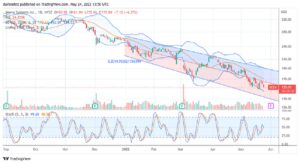 Veeva Systems (NYSE:VEEV) is a highly capitalized growth stock that many investors haven’t heard about, despite its ubiquitous presence in the life sciences industry. Some of the company’s operating segments include data & analytics, clinical, R&D, and regulatory control software. Veeva Systems is also one of the few exceptions in the cloud software industry that has consistently grown its revenues and earnings for each financial year, and it’s expected to grow to $1.835B in revenue and $730M in earnings by the end of FY 2022.

Veeva System’s share price was heavily discounted recently due to the announcement that the company will enter into a period of slower growth. The company stated that it expects to grow near the low end of its guidance for revenue at just 17%, which may also be attributable to the law of large numbers. The company has an impressive 15% market share in its total addressable market and large companies like Veeva can only grow so quickly for so long. Due to the company’s unfavorable guidance, which also hinged on the company’s projected inability to find and retain staff, shares are now down 36.40% YTD and trade 42% below the MarketBeat consensus price target.

Investors should not place as much importance on the short-term headwinds for the company as on its solid fundamentals. Something of note about this company is the quality of its earnings. Most of the business’s products are sold as subscriptions that recur month-to-month or quarter-to-quarter. This subscription revenue has increased each FY, with the most increases seen in its R&D operating segment at a 50% average CAGR over the most recent 3-year period.

Another positive for the company is the organic growth of its top line, which is fuelled by existing users purchasing and using additional subscriptions. The average user of its R&D suite used 1.71 services in FY 2017, this number increased to 2.61 by FY 2021. An effect of users sticking with the platform and buying more subscriptions is that the company has managed to increase its net dollar retention rate (NDR) to 124% in 2021. The NDR is a critical metric for cloud and SaaS-based businesses, as it foreshadows revenue and is a reliable indicator of an organization’s sales strength or weakness.

When moving down to assess the company’s margins and cash flows, we can see where the company shines. Veeva Systems ended FY 2021 on a gross margin of 72.71%, which is up from 52.6% in FY 2012. OCF margins also jumped in leaps and bounds higher, climbing from 7.7% to 44.2% during the same period.

Investors were quick to punish the competitive positioning of Veeva Systems (for being a cloud stock), as well as for its cautious outlook for FY 2022. The company has been in a downwards channel that started near the end of December. Something to note about the slope of its selloff is that it is far steeper than most of its peer companies. This means that the downwards trend is stronger and has built greater momentum on the daily charts towards the bottom and capitulation. The market is in red as a whole right now, but the severity of the downtrend should be appreciated by any ambitious bulls out there.

The stock is expected to continue its downwards trend before finding support, which looks likely to be between the $120 to $140 psychological numbers. It is also not inconceivable for the stock to trade as low as $100, which will largely depend if the impending bear market we are entering will last for six months or a few years. Most tech stocks were overvalued, and now they are being corrected back closer to their intrinsic values. Veeva Systems looks like it has a strong bull case for recovery due to its consistent revenue growth and strong free cash flows. 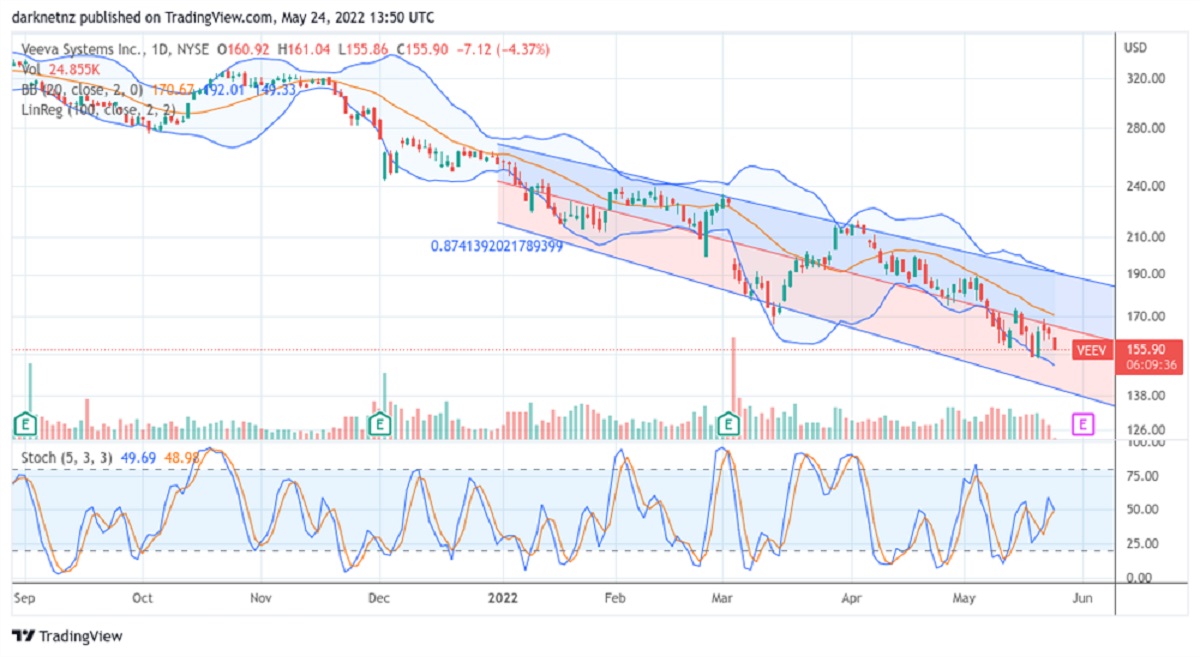 Should you invest $1,000 in Veeva Systems right now?

Before you consider Veeva Systems, you’ll want to hear this.

MarketBeat keeps track of Wall Street’s top-rated and best performing research analysts and the stocks they recommend to their clients on a daily basis. MarketBeat has identified the five stocks that top analysts are quietly whispering to their clients to buy now before the broader market catches on… and Veeva Systems wasn’t on the list.

While Veeva Systems currently has a “Buy” rating among analysts, top-rated analysts believe these five stocks are better buys.