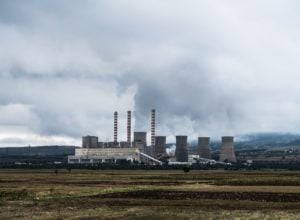 Natural gas prices in the U.S. soared above $9 per million British thermal units (MMBtu) Wednesday for the first time in almost 15 years. The Henry Hub benchmark went up by 4.93% on the option expiry day and ahead of the expiry of the June contract Thursday.

As reported by Oil Price, the jump in prices is due to high liquid natural gas (LNG) exports and warmer weather. Also, the prompt-month contract expiry has played a role as prices have skyrocketed 130% so far this year.

The U.S. faced higher temperatures in early May, which, amid supply issues, also drove prices higher via the increasing use of cooling and air conditioning systems

The big price jump in 2022 can also be explained by Europe’s LNG increasing demand during the ongoing invasion of Ukraine, which has prompted the bloc to turn to other gas sources.

According to the EIA’s latest Weekly Natural Gas Storage Report released on May 19, working natural gas stocks are 17% lower than the year-ago level and 15% lower than the five-year average for the week, Oil Price reports.

″[G]as is being forced to fulfill a significantly greater portion of power burn during a summer that looks to top records for electricity load,” Campbell Faulkner, senior vice president and chief data analyst at OTC Global Holdings, said.

LNG exports have smashed records and the higher demand in the U.S. have pushed natural gas prices to levels not seen since 2008.

Analysts agree that Europe’s increasing demand due to the Russian-Ukraine conflict, and the higher temperatures expected in the summer, will make natural gas prices jump even higher, up to $10 MMBtu in the next few days.

Campbell said, “Gas for many years was the waste by-product of continued shale drilling across producing basins in the U.S. which kept prices unusually low.”

“Since the 2020 low in drilling, the market has been pushed into a tight supply demand situation which will not be remedied quickly,” he added.