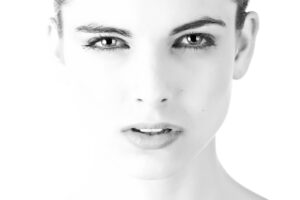 American’s five-century history of white supremacy began in 1619 with the arrival of the first boatload of African slaves in Jamestown, Virginia. Slaves constituted most of the labor supply in fifteen Southern and border states for the next two and a half centuries.

When slavery was finally abolished in 1865 with the defeat of the South in the extremely bloody Civil War, the systemic oppression of Blacks would continue for more than one hundred years, and to a large degree continues to exist even today. And through most of the nineteenth century, nearly all our Native Americans were victims of the genocidal practices of the U.S. Cavalry, that stole their land and then marched them thousands of miles, then forcing the survivors to remain confined on desolate reservations.

While tens of thousands of Chinese “coolies” were grudgingly allowed to build our railroads – along with Blacks and lowly Irish immigrants — Congress offered its “thanks” by passing he Chinese Exclusion Act of 1882, which barred any more Chinese from entering the country.

In 1924 another immigration act was passed, very sharply limiting migration from the nations of Southern and Eastern Europe. The problem with those nations was that they sending us far too many Italians, Greeks, Poles, and other “undesirables.” Of course, white Anglo-Saxon immigrants from Western and Northern Europe remained very welcome.

The 1965 Immigration Act completely reversed the effects of the 1924 act, eliminating the national quotas system, thereby enabling large numbers of Indians, Chinese, and other non-Northern Europeans to emigrate to the U.S. These immigrants, plus growing numbers of Mexicans, became increasingly alarming to many Americans, who saw their Anglo-Saxon heritage vanishing as the U.S. became an increasingly polyglot nation.

And then in 2015, a great American patriot suddenly appeared on the political scene — a man who not only understood our grievances — but would take concrete steps to see that they were addressed. Donald Trump barred Mexicans, Moslems, and people from the “shithole countries” of Africa, from entering our country, while welcoming Norwegians and other immigrants from Ango-Saxon nations. We would make American great again by making America white again.

Trump was upholding a view that has been held for the last five centuries by a majority of white Americans. Although we were no longer a Protestant nation, we would always be a white nation.

What could be done to ensure that America could be forever white?  Mainly, we could curb immigration from non-white nations, build “a big beautiful wall” on our Southern border, deny citizenship to the eleven million illegal aliens living in the U.S. and deport most of them.

Trump did not invent racism in America, and long after he finally leaves the political scene, most whites – some much more than others – will continue to hold racist views. The Republicans are no longer a traditional political party, but rather a very powerful group of white supremacists hoping to hang on to political office by keeping all the nonwhites “in their place.” If they succeed, if this nation somehow manages to survive, then 500 years from now, non-whites may still be second-class citizens.