Cautious Mood In The UK But US Looking Brighter 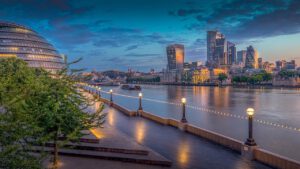 Cautious Mood In The UK

“The UK market is ending the week on a more subdued note, as investors digest Rishi Sunak’s announcement yesterday. This epitomises an often overlooked fact – that the economy and stock market are very different beasts. While support packages and windfall taxes are what the nation has been calling for, the market effect of such measures hasn’t shown its face yet. The big shakedown will be how investors in the UK’s oil and gas majors like BP and Shell will feel about windfall taxes. While not a long-term problem for profits, the incentivisation to invest their profits could see dividends trimmed. That’s by no means a given, but even the possibility of such a move could see investors spooked as the dust settles.

The US is clearly feeling more upbeat. This is stemming from today’s US Personal Consumer Expenditure Core Deflator numbers, which is the Fed’s preferred inflation targeting measure. Personal spending is expected to be up 0.7% in April, compared to 1.1% in March. A weaker number in today’s announcement would give further reason to expect that the Fed’s next rate decision will be to pause, rather than increase – as it suggests inflation’s core is having some of its energy sapped on its own. Good energy has transferred to Asia, with gains seen across Tokyo and Hong Kong.

Continued supply anxiety means Brent Crude oil prices are holding onto their ascent, with prices hovering at around $117.5 per barrel. There isn’t an immediate end in sight for this trajectory, and while the length of the road may not be visible, it will certainly be rocky under foot.”