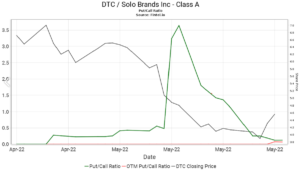 On Thursday, the 26th of May, Solo Brands Inc (NYSE:DTC) lodged a Form 4  with the SEC for Chief Financial Officer Somer Webb, disclosing the purchase of 70,372 shares acquired over Tuesday and Wednesday. The average price from the total purchase equated $4.17 per share, which implies a gain of 18.5% at the close of trading on Friday. However, it should be noted that Solo named Somer Webb  CFO on May 16th.. Webb worked previously as CFO of Kent Outdoors, a sporting goods manufacturer.

DTC featured on the Fintel significant officer buyers list with four company officers that have purchased a total of $978,775 shares with an average price of $8.65 per share. On average, these officers have lost -47.3% of their capital from purchases.

Significant academic research suggests corporate insiders outperform the market when buying shares in their own companies. This has not yet been the case for DTC. The company officers join a long list of investors that have lost capital in DTC over the last year.

The stock was picked up by Fintel analysts this week as DTC emerged as the 8th most purchased security among retail investors over the last seven days with 0.12% of the total share fund flows.

The month after listing, the stock peaked at $23.39, following a wave of positive broker initiations. After reaching this point, the share price started a long decline and has lost 78.9% of its value from its peak.

DTC now has a market cap of $467 million, with $126.5 million in inventory recorded on the balance sheet at the end of Q1.

The Q1 results on the 12th of May told a story of profit that outpaced analyst forecasts and group sales that slightly underperformed. DTC reported first quarter adjusted EPS of 19 cents compared to a street consensus of 8 cents per share. The firm recorded group sales of $82.2 million vs. an estimate of $84.5 million.

During the result, management reaffirmed full-year guidance for the group that was generally in line with market expectations. They reiterated the expectation to generate revenue of $540-570 million and adjusted EBITDA of $121-132 million. The consensus forecasts for these financial figures are generally at the mid-point of the guidance range.

CEO John Merris remained upbeat on the company’s outlook with the comment: “Looking ahead, we are excited about the continued opportunity for organic growth and a strong pipeline of innovative products we plan to roll out in the second half of the year.”

In the underlying options market, bullish sentiment has been identified for DTC with a Fintel Put/Call Ratio of 0.07. This quant ratio is a function of all disclosed put and call open options in the market, with ratios below 1 indicating bullish sentiment. Included below is a chart of this ratio over the last three months. Bullish sentiment has generally remained in the stock in the previous three months except for a spike around early may where the stock saw a large gap lower. 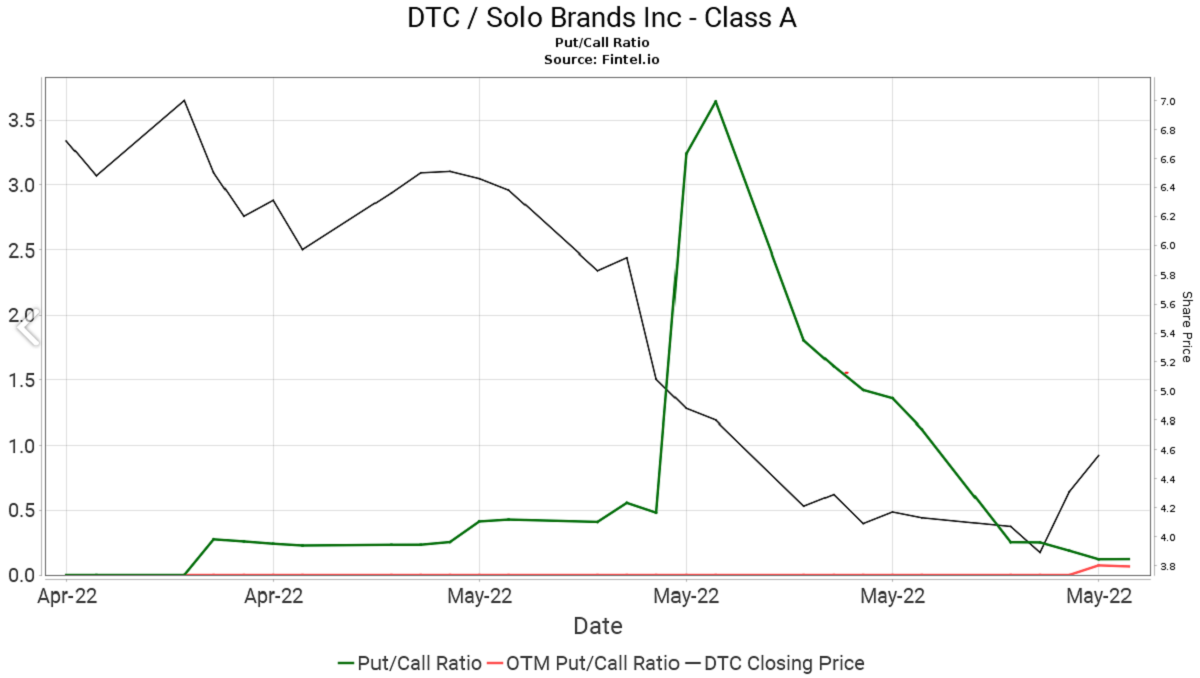 What Analysts Think Of The Stock

Christopher Horvers from JP Morgan lowered estimates and price target on the stock to $11 from $27 before the release of Q1 results. Still, they held the rating at ‘overweight.’ The firm worries that the rising share of waller shifts, slowing housing and increasing pressures on the consumer may drive larger headwinds to the business. They note that guidance is now back-half weighted with more dependency on successful innovation and international success.

Peter Keith from Piper Sandler believes the full year revenue guidance implies a steep ramp-up in the year-on-year organic growth in the second half. A positive that was highlighted included the M&A environment becoming increasingly attractive with the ability to acquire other profitable businesses. The firm remains ‘overweight’ rated but reduces its target from $19 to $10 per share.

DTC has a consensus ‘buy’ rating with an average target price of $13.33 per share, implying a 170% upside to the share price. We note that the consensus target for the stock hovered above $25 until February, when it began to decline with the stock, playing a bit of catchup.