Exit Planning Goes To The Movies 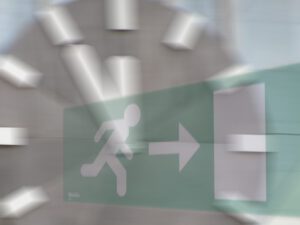 The concepts of exit planning, an advisory discipline that focuses on helping business owners build value and plan for the eventual sale of their business, aren’t just theoretical. We see many of the core principles play out again and again in real life – and in the movies. Whether intentional or by chance, film writers often weave exit planning do’s and don’ts into their plotlines and characters. These fictional case studies repeatedly demonstrate why sound exit planning is critical, and what can go wrong without it.

Here are a few of our favorite films and the exit planning lessons they bring to life.

Willy Wonka and the Chocolate Factory (1971)

Exit Planning lessons: Establish a process for choosing a successor who embodies the organization’s core values.

To the untrained eye, Willy Wonka and the Chocolate Factory is the story of a crazy old chocolatier who, over the course of a few hours, gradually eliminates one child after another via various traps and mishaps at his otherworldly chocolate factory. In the end, only one child, Charlie, and his grandfather remain. However, this movie is more than simply an old man torturing children with candy. It highlights the importance of helping business owners choose the right successor.

Willy Wonka gifts five golden tickets to lucky children across the globe. These tickets grant the children a tour of his factory and a lifetime supply of chocolate. However, the gifts are contingent on the children following a strict rule: they must not touch or eat anything in the factory. If they do, they will be eliminated and lose their prize. Charlie and his grandfather make it the longest – almost to the end of the tour – before they break the rule by succumbing to the temptation to sip some fizzing soda. Willy Wonka then realizes he can trust Charlie not to sell his secret candy recipe and decides that Charlie and his family will become the new owners of the chocolate factory when Wonka retires.

Willy Wonka put a succession plan in place, albeit a very elaborate one that turned an unfortunate little girl turn into a blueberry, but a plan nonetheless. He was determined to find a successor who not only had a passion for the industry, but also exhibited the core values he desired of a future chocolatier. Willy Wonka and the Chocolate Factory highlights that there are multiple wrong ways to choose a successor, and that advisors need to help business owners understand that the right way prioritizes a strong cultural fit and alignment of core values.

Exit Planning lessons: Prepare and protect the family business from the five Ds.

The Godfather, at its core, is a story of a family “business” that highlights the importance of preparing and protecting against the five most common risks to a family-run organization. Roughly half of all business owner exits are not voluntary, but are largely precipitated by either death, disability, divorce, distress, or disagreement. The Corleone’s are a powerful organized crime family that faces these “five Ds” on a regular basis.

Don Vito Corleone, the head of the crime family, has four children. His three sons are all involved in the business in some form or another. After Vito is shot, the business falls into the hands of Sonny. Although Fredo is the oldest, he is extremely unqualified and Vito doesn’t trust him to steer the family business in a successful direction. When Sonny is killed by a rival crime family, the business goes to Michael.

The Corleone crime family demonstrates how a significant business incorporates succession planning in the day-to-day of their business operations. Because the Corleone family understands the risks they face, they are well prepared for the worst, including the murder and attempted murder of several family members. That preparation allows the family to continuously navigate the five Ds and remain successful.

Few businesses face the constant threat of a founder or successor being shot to death, but death from natural causes is not uncommon. That’s why advisors need to help business owners prepare for the worst. Through thoughtful succession planning that addresses multiple risks, you can help your clients build and protect the value of their businesses for the next generation and beyond.

Tommy Boy is a classic example of failing to position a business with the end in mind. When the movie begins, Callahan Auto Parts is a successful company and the Callahan family, including Big Tom Callahan and his son, Tommy, seem to live a nice life with a big house, nice cars, and cool toys. The company employees seem happy. The customers love the product. But when the time comes to transition the company, the apparent success becomes a total failure. Why? Because Big Tom had built a firm that was profitable, but not designed to outlive him. He was solely responsible for the customer relationships and nearly all sales depended on him. When Big Tom died, most of the value of the company died with him. In other words, the company he had created had been successful, but not significant.

In addition, Callahan Auto lacked strong structural capital. The company relied on an organizational system that was essentially comprised of sticky notes and stacks of paper buried in piles on a desk. This “system” risks causing many inaccuracies in future financial accounting and reporting.

Tommy Boy shows us why advisors should look to help owners put repeatable and scalable processes in place and ensure that business success isn’t entirely dependent on one individual.

Exit Planning lesson: Ensure successors are prepared to take over.

Released the same year as Tommy Boy, Billy Madison tells the story of a 27-year-old man-child who must prove to his father that he is smart enough to take over the family hotel business – by completing 12 years of school in 24 weeks. Should he fail, the business will wind up in the hands of the current vice president, who is a devious manipulator.

Despite a somewhat far-fetched premise, this movie raises the difficult dilemma that many family business owners need guidance with when selecting a successor: whether to keep the business in the family, even though the next generation is not qualified; or choose a successor outside the family, even if it means an end to the family legacy.

Billy Madison also highlights the importance of educating the next generation well before they are poised to take over the family business. Advisors can help business owners by objectively exploring the risks and benefits of their choices of successor and involving adult children in planning discussions early on.

The Social Network tells the origin story of Facebook. The film follows Mark Zuckerberg and his various partners as they develop, launch, and expand the social network.

As with every entrepreneurial journey, conflicts arise between the partners as they build their business. The film depicts the moment when Facebook co-founder Saverin freezes the company’s bank accounts without informing Zuckerberg.

Tensions between the partners rise even more when an angel investor, Peter Thiel, invests $500,000 in the business, decreasing Saverin’s stake from 34% to less than 0.03%. This is another example of one of the five Ds, in this case, disagreement, leading to an action that can irreparably damage a partnership and an otherwise strong business.

As part of the exit planning process, advisors can help business owners minimize the risk of partner disagreements by creating a separation agreement. By spelling out what each partner and other executive leaders will do prior to the exit of one or both partners, this document can help to mitigate financial disputes and liability issues that may arise during the life of a business and when one partner exits.

Exit Planning lesson: Facilitate conversations with the chosen successor(s) about their wishes.

We’ve seen it in multiple films: a scene-ending line that shocks a parent into realizing they are trying to live vicariously through their child. In A Cinderella Story, it comes at the moment a star athlete chooses his own path instead of following in his parent’s footsteps. Austin Ames, a football player, confesses that he does not want to work at his father’s car wash. Instead, Austin follows his dream, and girlfriend (because it is a romantic comedy) to Princeton to pursue a writing career.

This familiar movie trope is evident in High School Musical, Center Stage, Ice Princess, and Varsity Blues and countless other films and it highlights an important qualification for a business successor. They must want to do it.

Advisors can help business owners take a clear-eyed and objective approach to choosing a successor and facilitate difficult but necessary conversations they may need to have with adult children about their dreams for the future.

Scott Snider is the president of Exit Planning Institute and a nationally recognized industry leader, growth specialist, and lifetime entrepreneur.