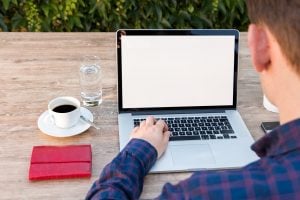 For many, working full-time in the office feels like a lifetime ago. With the introduction of working from home and hybrid working as a response to COVID-19, many workers in the US no longer use traditional office spaces. This growing flexibility and lack of commute has resulted in an increase in freelancers, with nearly 51% of the US workforce expected to be freelancing by 2027*.

Deciding to go freelance is a large decision in itself, given the importance of insurance coverage, the headache of self-employment taxes, and other factors, choosing where to be a freelancer can make-or-break the potential benefits. Is it going to be financially viable with the additional resources a freelancer might require, such as Wi-Fi costs or the price to rent a meeting room? Will you need access to coworking spaces and desks to fulfill the requirements of your role?

A new study from ToolTester has analyzed exactly that, in order to educate potential freelancers on where they’ll make the most of their income.

The 15 Best Cities In The US To Be A Freelancer

With a low cost of living, beautiful (albeit warm) weather, and a vibrant social scene, paired with freelancer necessities (such as relatively low Wi-Fi and coworking space costs), Dallas is the best place for a freelancer to maximize their personal and professional wellbeing. That said, while Dallas may have come in first place, three other Texan cities (Houston, Irving, and Fort Worth) landed in the top 15. The high number of Lone Star cities makes Texas the best state in the nation for freelancers.

Jacksonville Is The Second-Best US City

Known as Jax by locals, Jacksonville is an ideal destination for freelancers – with a low cost of living and plenty of beaches, parks, as well as cafes for non-office workers to pop-open open their computers and get work done. In addition, Jacksonville offers one of the lowest monthly Wi-Fi costs, the fifth-lowest cost to hire a coworking space, and 89 coworking desks, landing the  Floridian city in second place. If you’re a freelancer who enjoys warm weather, Jacksonville, Miami and Tampa are your top options in the sunshine state.

With only five coworking spaces and the average cost of an office space setting you back $103ph, Torrance, CA comes out as the worst city for freelancers. With a working population of approximately 72,000, there is only one coworking space for every 14,400 employees. From only having two available meeting rooms for hire to monthly costs of $420 for an office space, Torrance had the lowest score on our freelancer index.

For a detailed breakdown of the 20 worst cities and other metrics such as the number of free Wi-Fi spots and tax rates per city, view the full study here.

ToolTester is a site builder comparison website with the aim to help people create their own websites – without them having to write a single line of code. The site gives unbiased and honest reviews on the best website-building tools available.