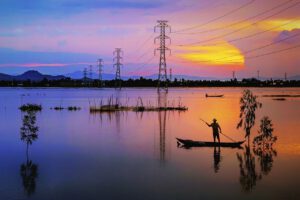 In his podcast addressing the markets today, while commenting on the energy oasis, Louis Navellier offered the following commentary.

If you wish to listen to this commentary, please click here.

I want you to know we’re going to be consolidating for the next two to three weeks. Any major appreciation of the markets might be postponed until the second half of June. That is what we call quarter-end window dressing.

Now, June is not necessarily a seasonally strong month, but it’s not a bad month. It’s up in the last 150 years but not in the last 20 years. We just don’t have a lot of news impacting the market. The news we’re going to have is going to be mostly macro in nature, and we’re certainly going to have that on Friday with the May payroll report.

Fed Chairman Jerome Powell met with President Joe Biden and Treasury Secretary Janet Yellen at the White House on Tuesday.  Although the executive branch is not supposed to influence the Fed, President Biden is obviously looking for any good news on inflation.  Due to a strong U.S. dollar, U.S. inflation peaked in March, but obviously, prices have not declined enough.  I should add that we are now in the peak U.S. summer driving path, so I do not expect any significant energy price relief until after Labor Day due to peak demand.

Clearly, President Biden is looking for someone to blame for inflation and after the Tuesday White House meeting, Treasury Secretary Yellen did a media tour and took full responsibility for surging inflation.  Specifically, Yellen said “I think I was wrong about the path that inflation would take.”  Yellen elaborated said on a CNN interview that “As I mentioned, there have been unanticipated and large shocks to the economy that boosted energy and food prices, and supply bottlenecks, that have affected our economy badly that I, at the time, didn’t fully understand.”

The good news is President Biden said that tackling inflation is his “top domestic policy.”  The bad news is the burden of fighting inflation falls on the Fed raising key interest rates and continuing to depreciate asset values, like home and stock prices.

The Biden Administration likes to cite that inflation is a worldwide problem, but so far has refused to significantly boost domestic energy production, even though drilling activity has risen in marginal fields that need higher crude oil and natural gas prices to be profitable. Nevertheless, energy remains the oasis.

The Commerce Department has been conducting an investigation into solar panel imports that could lead to heavy tariffs on Chinese solar panels due Uyghur forced labor.   As a result, the Biden Administration has to be very careful as it promotes green energy that the dirty secret of Chinese slave labor is not exposed, despite the Commerce Department’s ongoing investigation.  Now that ESC (environmental, social and governance) investing standards are changing fast with Tesla being recently booted from the S&P 500 Global ESG index, there is no way that the Biden Administration can promote solar energy, until new international suppliers and the fledging domestic production (e.g., Tesla) of solar panels picks up.  I should add that California and Hawaii both mandate solar energy on new home construction, but have been largely silent on the fact that the vast majority of solar panels are made with Uyghur forced labor.  ESG is very baffling to me and tends to cause “brain freeze” and I do not think I am alone with my confusion.​​​​​​​

The Institute of Supply Management (ISM) on Wednesday announced that its manufacturing index improved to 56.1 in May.  This was a big surprise, since economists’ consensus estimate was 54.5.  The new orders component rose to 55.1 in May and the production component rose to 54.2 in May.  The fact that manufacturing activity is resurging bodes well for second-quarter GDP estimates.  Currently, the Atlanta Fed is estimating 1.9% annual second-quarter GDP growth, but I expect a positive revision later today.

I should also add that the S&P Global eurozone manufacturing PMI was revised up to 54.6 in May, but still dipped compared to a reading of 55.5 in April.  Since any reading above 50 signals an expansion, European manufacturing activity remains remarkably strong despite big energy shocks.

A 78-year-old California man prevented from graduating over $4.80 fee received his diploma 60 years later. Ted Sams said he was prevented from graduating in 1962 for failing to pay the fee for a book he failed to return. Sams’ old school, San Gabriel High School, invited him to finally accept his diploma at the class of 2022 graduation ceremony. Source: UPI. See the full story here.