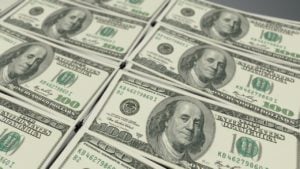 Several states have already sent targeted stimulus checks to residents, while many states are in the process of sending more payments this year. Pennsylvania, however, hasn’t yet approved a stimulus program, but Gov. Tom Wolf continues to push lawmakers to send more stimulus checks from Pennsylvania to families in need. If Wolf’s proposal is approved, eligible Pennsylvanians will get a stimulus check of $2,000.

Under the plan, residents with an income of $80,000 or less would get $2,000 stimulus checks from Pennsylvania. The check amount would vary depending on the household income.

“The program aims to help families still recovering economically from the COVID-19 pandemic or support them with covering pandemic-related costs and managing the current, every day increasing cost of living,” Gov. Wolf said in a press release at the time.

Since introducing the proposal in February, Gov. Wolf on several occasions has called on lawmakers to approve his proposal. Wolf’s latest push came on Wednesday, when he called on the General Assembly to send $2,000 checks to Pennsylvanians to help them offset the rising costs of gas, groceries and other items.

“This plan is good for families, it’s good for children. It’s also good for workers and businesses, for our economy,” Gov. Wolf said. “Now is the time to act, and the bill has already been introduced in the General Assembly.”

Wolf notes that Pennsylvanians are struggling due to inflation and other costs, and thus, they need a COVID recovery stimulus. Wolf proposes using the remaining federal American Rescue Plan Act (ARPA) to send these stimulus checks to Pennsylvanians.

The governor noted that the state is witnessing a revenue surplus and has a healthy rainy-day fund. The governor said that the commonwealth is all set to witness a $5 billion total surplus for the current fiscal year. Additionally, the state has more than $2 billion in remaining APRA funds that it has to use by end of 2024.

“I’m talking about $2 billion that’s sitting in a checking account out in Harrisburg, that if we don’t use it by the end of 2024, we have to send it back to Washington. You want to do that? I don’t,” Gov. Wolf said.

Along with sending stimulus checks to Pennsylvanians, Wolf’s $1.7 billion proposal also sets aside $225 million for small businesses and $250 million to fund programs to build the critical healthcare workforce.