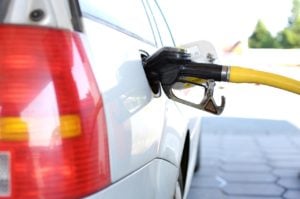 Gas Stimulus Checks From North Carolina: Who Will Get Them?

On Thursday, the bill (Senate Bill 897) titled the Gas Tax Rebate Act of 2022 was filed by the state senators that calls for giving $200 stimulus checks from North Carolina to eligible drivers. The proposal calls for transferring $1.3 billion from the state’s anticipated collection of about $4 billion.

State Sen. Michael Garrett, D-Greensboro, notes that $200 roughly equals the average that a North Carolinian would pay in state gas taxes from July to December.

“This approach keeps the Highway Fund and the Highway Trust Fund whole, while still collecting revenue from non-residents passing through our state using our roads, highways, and bridges,” said Sen. Garrett, who is also one of the bill’s co-sponsors.

To qualify for the gas stimulus check, a driver must be a North Carolina resident as of March 31, 2022, be over the age of 18 and have a valid N.C. driver’s license. The payment would come in the form of a check or a debit card. Once approved, the payment would be sent “as soon as practicable” but no later than Oct. 1, 2022.

Gas prices in the state have surged to record highs. Though the prices have dropped marginally from the all-time high of $4.38 on May 20, they are still hovering around the same level. On Thursday, the national average price per gallon hit $4.71, compared to $4.60 a week ago and $3.04 a year ago.

Will The Proposal Get Approved?

“I would like to see something that’s a little more broad-based and long-lasting as opposed to a temporary thing that may help with one tank of gas or two,” Berger told reporters.

Republicans also favor reducing the income tax rate faster than what was laid out in the two-year budget, which was approved last November.

With both sides preferring a different stimulus approach, it isn’t clear for now if the proposal to send the gas stimulus checks from North Carolina would get bipartisan support or not.