Questions About The Fear Of 20% S&P 500 Corrections 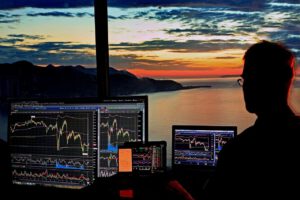 Ironically, the Super-bear Jeremy Grantham cited that 20% decline the day before, May 18, when he told CNBC: “The other day [May 12], we were down 19.9% on the S&P 500, and about 27% on the Nasdaq. At a minimum, we are likely to do twice that. If we’re unlucky—which is quite possible—we would do three legs like that.” By citing “three legs,” Grantham implied an 80% decline from the peak due to seeing the worst of the three deepest bear markets of the last 50 years, all at once – the worst of the Tech Wreck of 2000-02, the worst of the housing bust of 2008, and the worst of the decade-long stagflation of the 1970s. That kind of vision takes a combination of a ghoulish imagination and some clinical depression.

A bear market is traditionally defined as a 20% decline in the S&P 500 closing, but in 2022 that index once again refused to fall 20% on a closing basis, although it has declined over 19% on an intra-day basis four times already. It’s almost like savvy traders don’t want to see that “red line” crossed, so they rally and buy as the 20% decline level approaches, as it did on Friday, May 20, and again last Tuesday, May 24.

NASDAQ is Another Animal – Up More, Down More

NASDAQ is in a bear market for sure, but don’t forget that it is still up 795% since the start of the long-term bull market in 2009, so we’re likely seeing an overdue “reversion to the mean” in that index. In the same time period, the S&P 500 is up just 468%, so it didn’t earn as much mean reversion as NASDAQ. 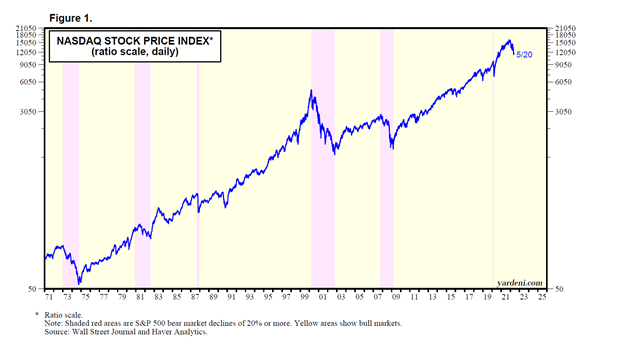 20 Questions About the 20% Bear Market Barrier

In the only three bear markets of the 21st Century: (1) The dot-com bubble of 2000, (2) the real-estate bubble and financial crisis of 2008, and (3) the brutal onset of COVID in 2020, ask yourself these 20 questions about the current situation, boiling down to one question: Ask yourself if this is a bear market.