About The Power Of The Speaker Of The House 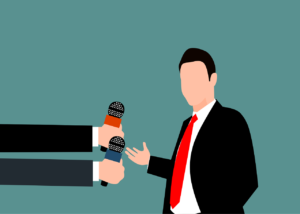 On my last spa day, I told my wellness buddy that I am currently reading the book On the House by John Boehner. “John who?” he asked me.

John Boehner was Speaker of the U.S. House of Representatives from January 2011 until October 2015, and in that position, he was the third-highest ranking American after the president and the vice president. Boehner was first elected to the U.S. House of Representatives in 1990. In other words, he has seen presidents George H. W. Bush, Bill Clinton, George W. Bush, and Barack Obama govern in Washington D.C., and talks about all three of them in his memoirs.

Speaker of the House

To be Speaker of the House is a powerful position, especially in presidential systems where their role is somewhat functionally equivalent to a Prime Minister in parliamentary systems. They act like the conductor of parliament and I use this term knowing fully well that a conductor makes or breaks the success of an orchestra. The hardest power of the Speaker of the House is that he controls what bills make it to the floor for a vote. In addition, however, they have soft power that should not be underestimated. For example, they get to decide which members of parliament get to travel (and of course almost all members of parliament want to travel).

To be Speaker of the House is a position in which it is hard to shine, however. Dennis Hastert for example, who served as Speaker during much of the Bush presidency, was later sent to jail. Not only in the U.S., but also in other presidential systems, speakers rarely move up the ladder and become presidents.

An effective Speaker of the House knows how to count votes, which means that he has to be able to distinguish between members who bullshit him and those who can be counted on. As I wrote in an earlier piece about Speaker Nancy Pelosi, money (=campaign donations) is an important asset for a speaker to hold his caucus together and instill discipline.

Boehner writes that during his time in congress, he met some of the smartest and some of the dumbest people. I guess parliaments represent their peoples pretty well after all.

According to Boehner, the more time a congressional leader spends with freshmen members the better. “They got themselves elected, sure, but somehow along the line, they’ve got to learn how to become members of Congress“. And power can corrupt people very rapidly. Not necessarily with respect to money, but character wise. After getting elected and seeing themselves on television, some people turn into jerks rapidly.

On a personal note, Boehner writes about his humble beginnings growing up with eleven brothers and sisters. He writes anecdotally that he never used a towel that was entirely dry while living with his family. Growing up in a big family also made Boehner tolerant to chaos. His father owned a bar, where John would work earning two dollars a Saturday. He bargained for a pay rise to five dollars, which served him as an early lesson in negotiating.

As mentioned, Boehner was elected to the U.S. House of Representatives during the early 1990is. Upon his arrival, he soon realized that his party leadership hadn’t made a serious attempt to win the majority in a long time. He describes them as “nice, likeable, and able to deal with administrative issues,” but it was clear to Boehner that it would take a new breath of leadership to win the majority. That would soon arrive in the person of Newt Gingrich, who nationalized the 1994 campaign with the Contract for America, a plan with specific policy proposals. The components of the plan had previously been tested in polls and focus groups in order to make sure that each proposal had majority support among voters. More controversial policies were left out.

After a thrilling election night, Boehner soon realized the important differences between campaigning and governing. “I figured out pretty quickly that in the absence of any other plan, your plan becomes the plan” Boehner writes. “After that, I made sure to never walk into a meeting without a plan.”

Dr. Louis Perron is an internationally renowned expert in winning elections. During the past years, he has won dozens of election and referendum campaigns in various countries.