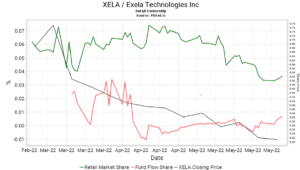 Exela’s SVP and business manager Lakshmi Chandramohan said, “These new wins demonstrate the flexibility and potential that XBP offers customers. Additionally, we have a pipeline of new opportunities that we are pursuing that leverage the strength of the XBP platform..”

The news sparked retail buying and pushed XELA up 89 spots to 102 on the most held securities ranking. The chart below illustrates the level of this activity over the past three months: 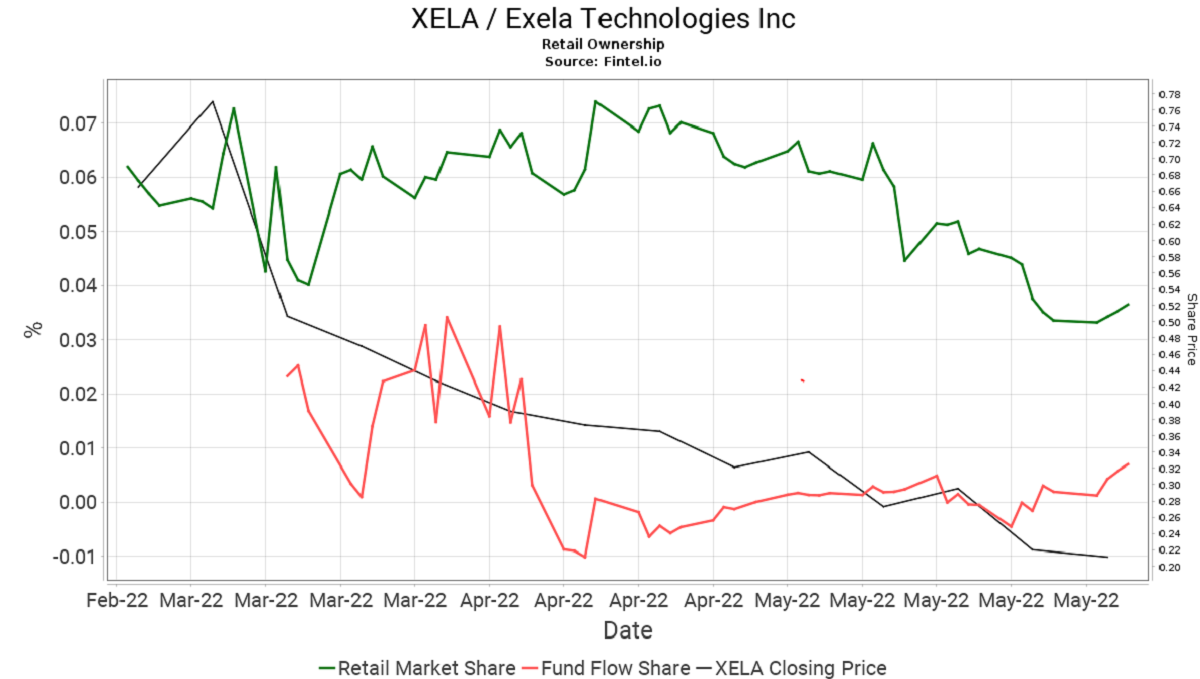 Institutional ownership rose sharply last month,, too and the company now includes 80 institutions on its shareholder roster, according to US Securities and Exchange Committee data.

This activity gives XELA a 62.66 ownership accumulation score, placing the company in the top one-third of 24,088 screened companies. Here’s that data charted. 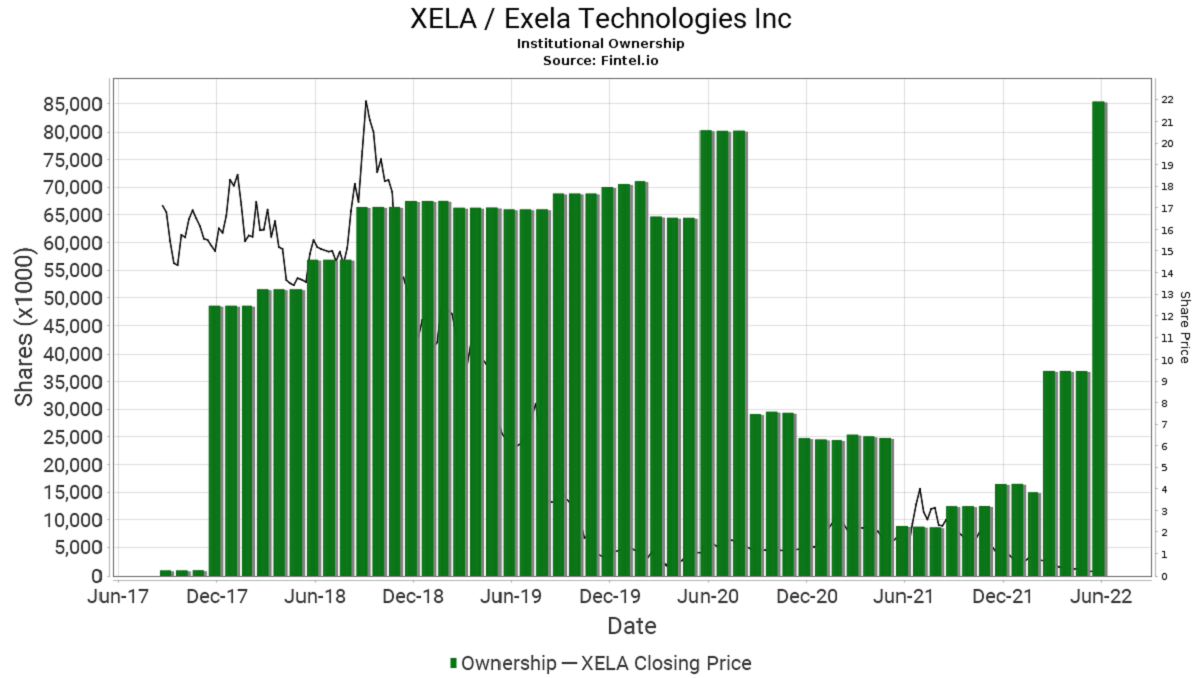 Company officers joined the buying, giving it an 85.86 Officer Accumulation Score and placing it in the top one percent of 11,483 screened companies.

Additionally, on May 23, Exela agreed to issue $250 million in shares at the market price, rating the money for general corporate purposes. The selling syndicate included B. Riley Securities, Cantor Fitzgerald, Mizuho Securities, and Needham & Co.

Josh Siegler from Cantor Fitzgerald noted recent contract wins as encouraging. The analyst also believes a new, favorable, financing arrangement with PNC, $150 million at four percent, shows investor confidence. He stays ‘overweight’ with a  $2 target and believes there is significant upside potential if XELA can execute its growth plan while improving the balance sheet.

Across the two brokers covering the stock, there is an average ‘overweight’ rating with a target price of $1.18.