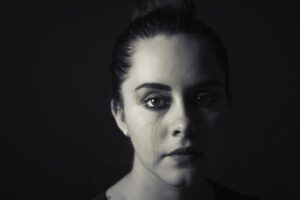 This theory, which is rapidly gaining support among rightwing white Americans, has three main pillars.

Perhaps as many as one third of all Americans partially or fully embrace this theory. Millions of white supremacists among them believe that the driving force of the replacement of whites is legal and illegal immigration – especially across our virtually open border with Mexico. These people, nearly all card-carrying Democrats or Socialists, are replacing reliable white Republican voters, many of whom are from families that have been here for several generations – in other words, “real Americans.”

Trump almost single-handedly brought the great white replacement theory into the American political mainstream with these words in 2015, when he announced his presidential candidacy:

As soon as Trump took office in January, 2017, he began taking steps to bar immigrants from many Moslem nations, and to “build a great big beautiful wall” to keep out all those Mexican drug mules, criminals, and rapists. And soon added to that list were immigrants from all those “shithole” African countries.

But don’t label the ex-president anti-immigrant per se. After all, he made it very clear that Norwegians and other white North Europeans would be welcomed with open arms.

The overwhelming number of believers in the Great White Replacement Theory don’t hold xenophobic views nearly as extreme as those of Trump. But other adherents of the theory make Trump, by comparison, sound moderate. These would include the white supremacist mass murderers who killed scores of Americans in Buffalo, New York; El Paso, Texas; Pittsburgh, and other locals just for being Black, Latino, or Jewish. All of this to keep America white.

How did the Jews get involved in the Great White Replacement Theory, and  become a target for its most violent adherents? Well, for one thing, the shooters, themselves, have sometimes left behind a paper or digital trail. Consider, for example, the words of Robert Bowers, who murdered eleven worshipers at the Tree of Life Synagogue in Pittsburgh in 2018:

“Jews are the children of Satan,” and “It’s the Evil Jews Bringing the Filthy muslims into the Country.”

Perhaps the Unite the Right rally in Charlottesville, Virginia, during the summer of 2017, most vividly gave voice to the jaundiced views of Jews held by many on the far, far right. For two nights, a large group of men – along with a few women – marched through the streets, many of them wearing and carrying Nazi paraphernalia and torches. Again and again, they chanted, “Jews will not replace us!”

Why the Jews? It was because they believed that many “rich Jews” were aiding and abetting non-whites to replace native white Americans.

A day later, when President Trump tried to appear to be taking the political high road by proclaiming that there were “very fine people on both sides.” But he was obviously dog-whistling to his ardent white supremist allies.

Murderous anti-Semitism has been a proud Christian tradition over the last two millenniums from the time of the crusades in Western Europe to the pogroms in Russia, to Hitler’s “final solution.” Today, in the United States, billionaire George Soros, a financial backer of many humanitarian and left-wing causes — is a favorite target.

For more than 2,000 years, the Jews – who seldom were more than a tiny fraction of the world’s population – were blamed for the world’s troubles, often paying with their lives.  So why should it be any different when the vociferous supporters of the Great White Replacement Theory needed a scapegoat, it wouldn’t take an Einstein to figure out they’d single out the Jews.

Personal note: Decades ago, when I was living in Atlanta, my landlady left me a note with the salutation, “You damn negro-loving Jew.”  I moved out the next day, but I still have the note.